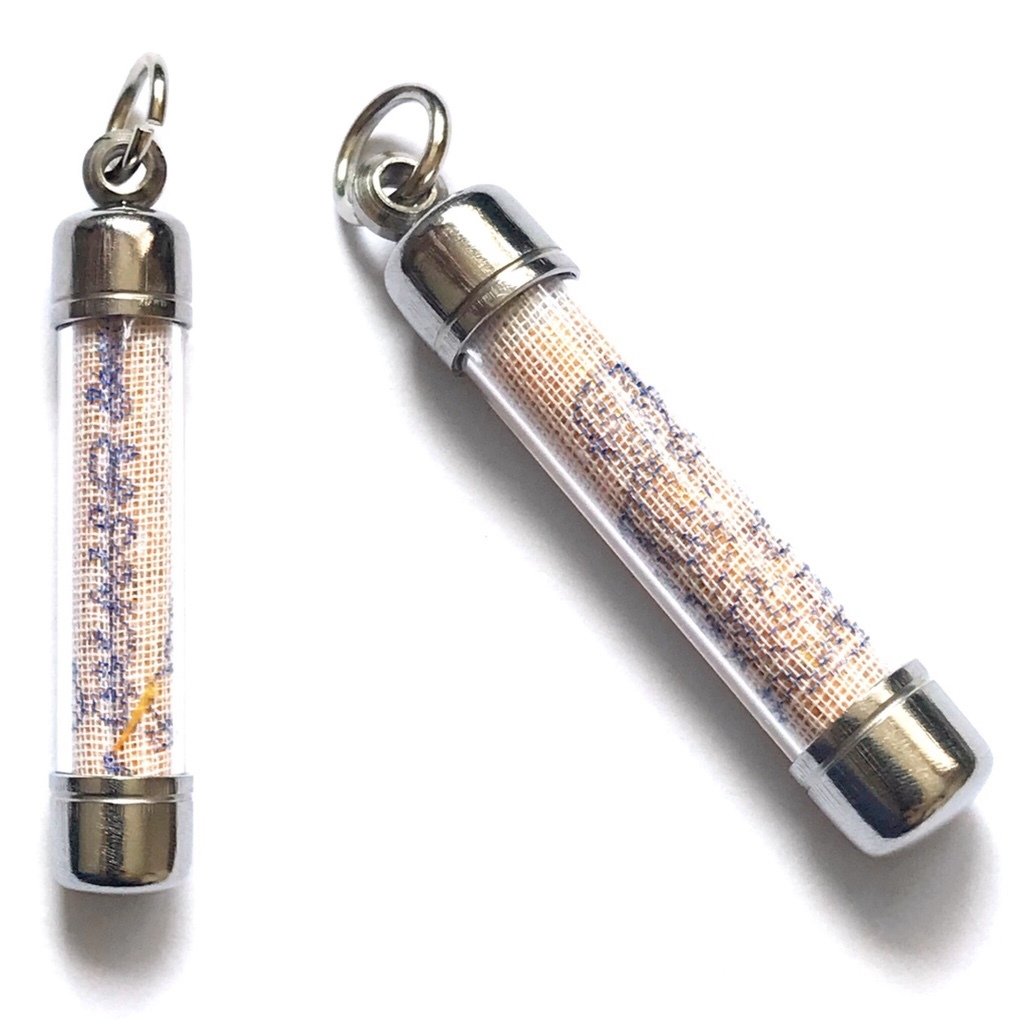 The Thai talismanic scroll (takrut) contains a piece of the holy Wat Indra Viharn temple in Bangkok, wrapped in sacred cloth (pha yant) featuring the image of Somdej Toh († 1872). The Buddhist saint is depicted in meditation posture, whilst holding an ancient Pāli scripture in his hands. Indeed, Somdej Toh was a reputable scholar in regard to his academic studies of the Pāli Canon of Therāvada Buddhism in the Kingdom of Siam. Together with the legendary Luang Phu Thuad, he is considered to be the most popular monk of all times in Thailand.

In addition, a magical spell is written on the pha yant to invoke great powers of protection and preference. The wearer of this amulet, then, will be safe from black magic, including ghosts and spirits. At the same time, however, Luang Por Toh's powerful blessings contained within the takrut work in ways which rather mysteriously but effectively can help increase one's luck and fortune. It was released by the temple in the year 2560 BE (2017) as a batch of three takruts that came in different sizes and were made from different materials.