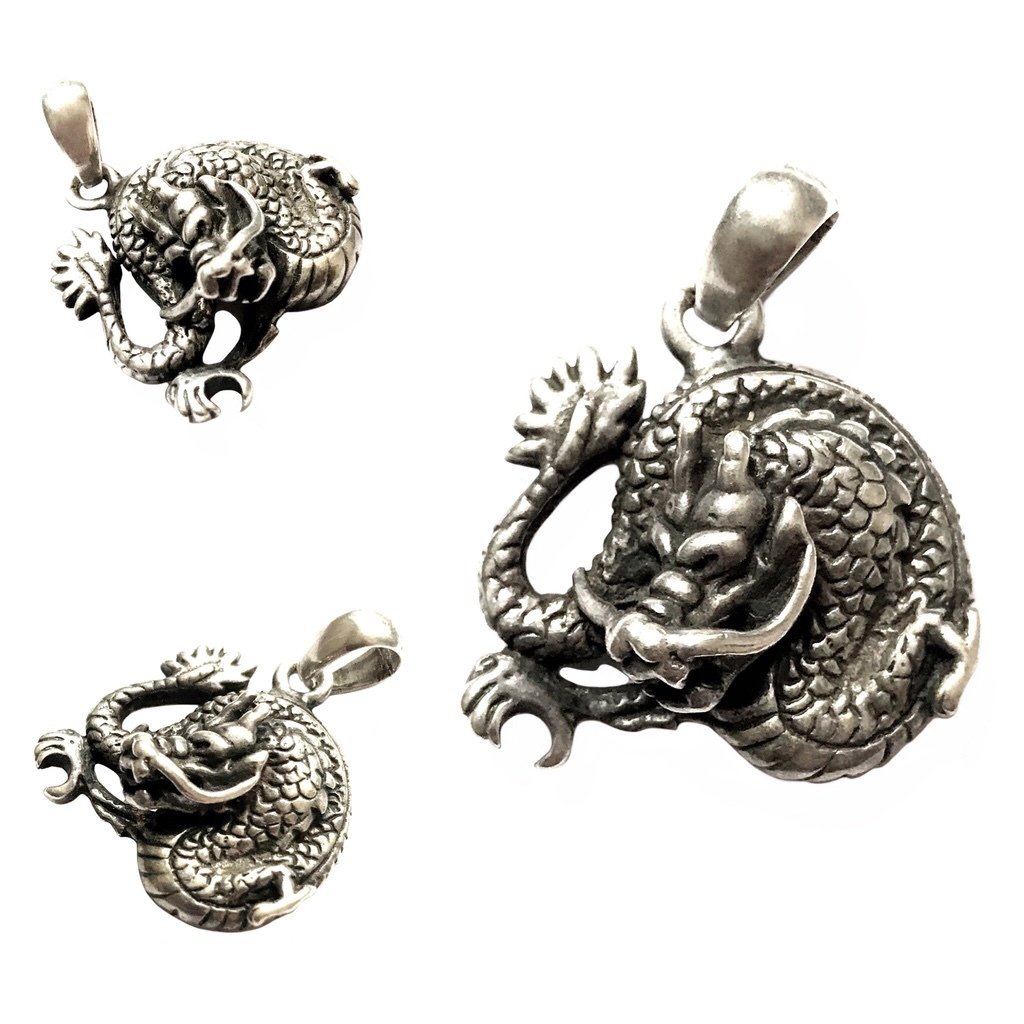 The dragon is a popular mythical creature in many cultures around the world. In Indonesia they use the term 'naga' (Sanskrit: nāga) to refer to these ferocious serpentine beings that are featured in several ancient legends in traditional Hindu and Buddhist mythology. Its mythological characteristics have been evoken using a powerful nāga mantra during the ritual blessing of the silver talisman. As a result of the consecration ceremony, the mystical object is empowered with potent magical qualities that are associated with the mythical dragon, such as the ability to open the door to prosperity, so that the wearer can become excessively wealthy either through business or gambling.

Back in 2005, the handmade silver pendant was skillfully crafted by a local artist from Yogyakarta in Central Java, Indonesia. It is made from real Yogyakartan silver, which, just like Sterling, consists of 92.5% pure silver. Today it has become increasingly difficult to find such exquisite items being made by hand. Hence traditional pendants of this kind will undoubtedly continue to rise in value as time goes by. In order to be able to wear it as an amulet, a stainless steel necklace is included as well.