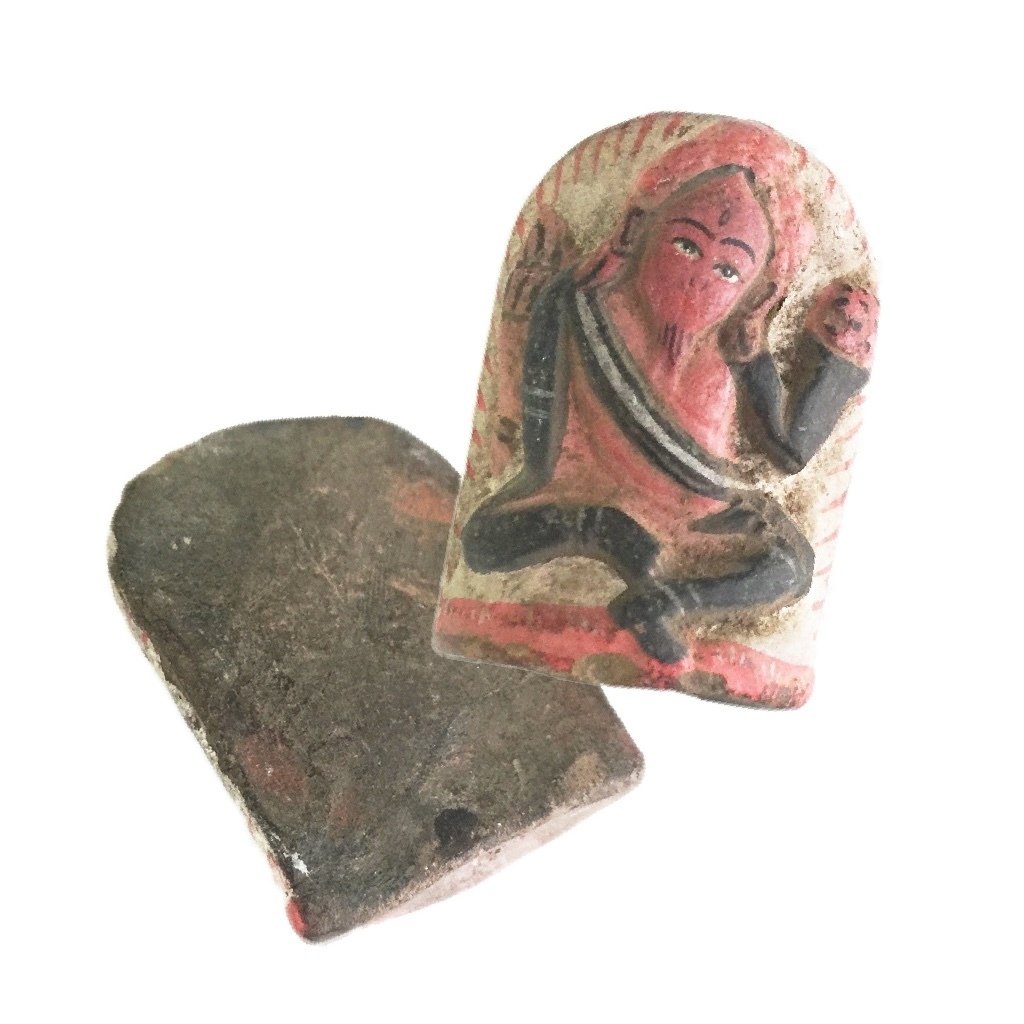 The great Indian yogi master Tilopa (988-1069 CE) is a prominent figure in Tibetan esoteric Buddhism (Vajrāyana), especially in the Karma Kagyu sub-school of the Kagyu tradition (one of the four major schools in Tibetan Buddhism). Indeed, Tilopa is an important guru (or lama) master in this particular lineage, for it is believed that the esoteric teachings and tantric practices of the Karma Kagyu sect were orally transmitted to the mahāsiddha (Tilopa) by the primordial Buddha Vajradhāra. Hence, Tilopa is considered to be one of the forefathers of the so-called 'Golden Rosary' (of Kagyu lineage holders). 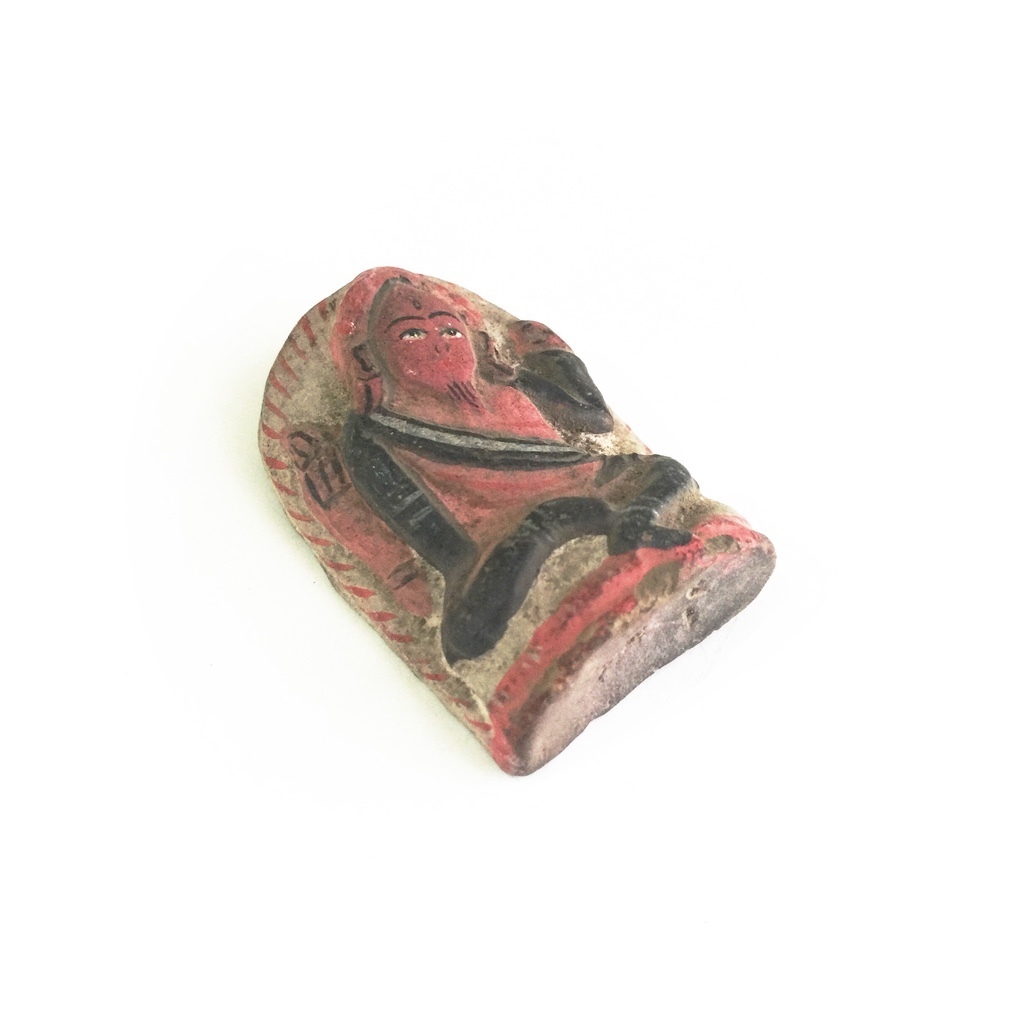 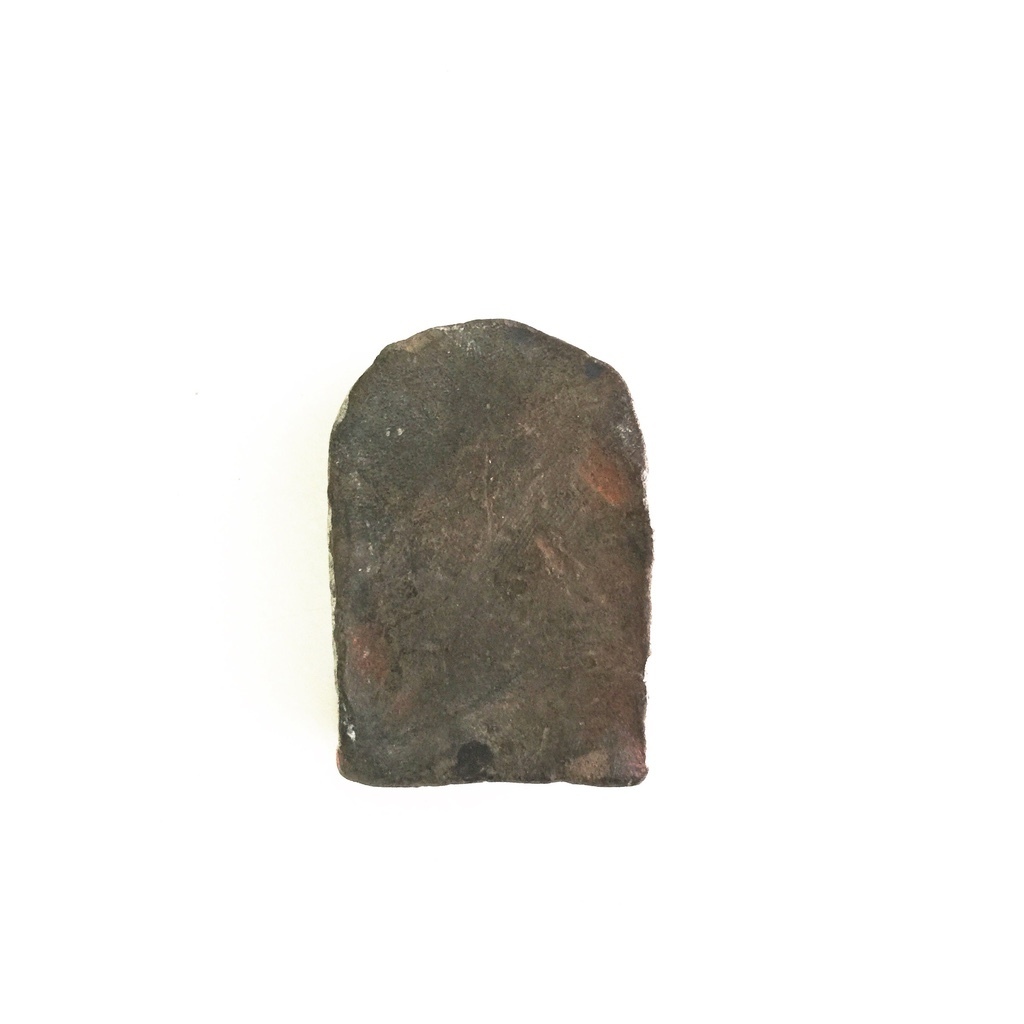 Besides its obvious use for guru devotion, this old handmade Tibetan Buddhist votive tablet (tsa tsa) also has other practical powers to offer, such as protection against black magic and demons, evasion from danger (e.g., nature disasters, traffic accidents), and the ability to induce mercy and compassion. Moreover, considering Tilopa's strong connection with the female ḍākiṇī deity Vajravārāhī (also known as Vajrayoginī in the 'Six Yogas of Nāropā'), the sacred clay amulet is therefore highly recommended to tantric practitioners of Highest Yoga Tantra (i.e., anuttarayoga tantra), particularly the yoginītantra or Mother Tantra (Ma Gyü) class of anuttarayoga tantra, which includes the Cakrasaṃvara Tantra and Hevajra Tantra. 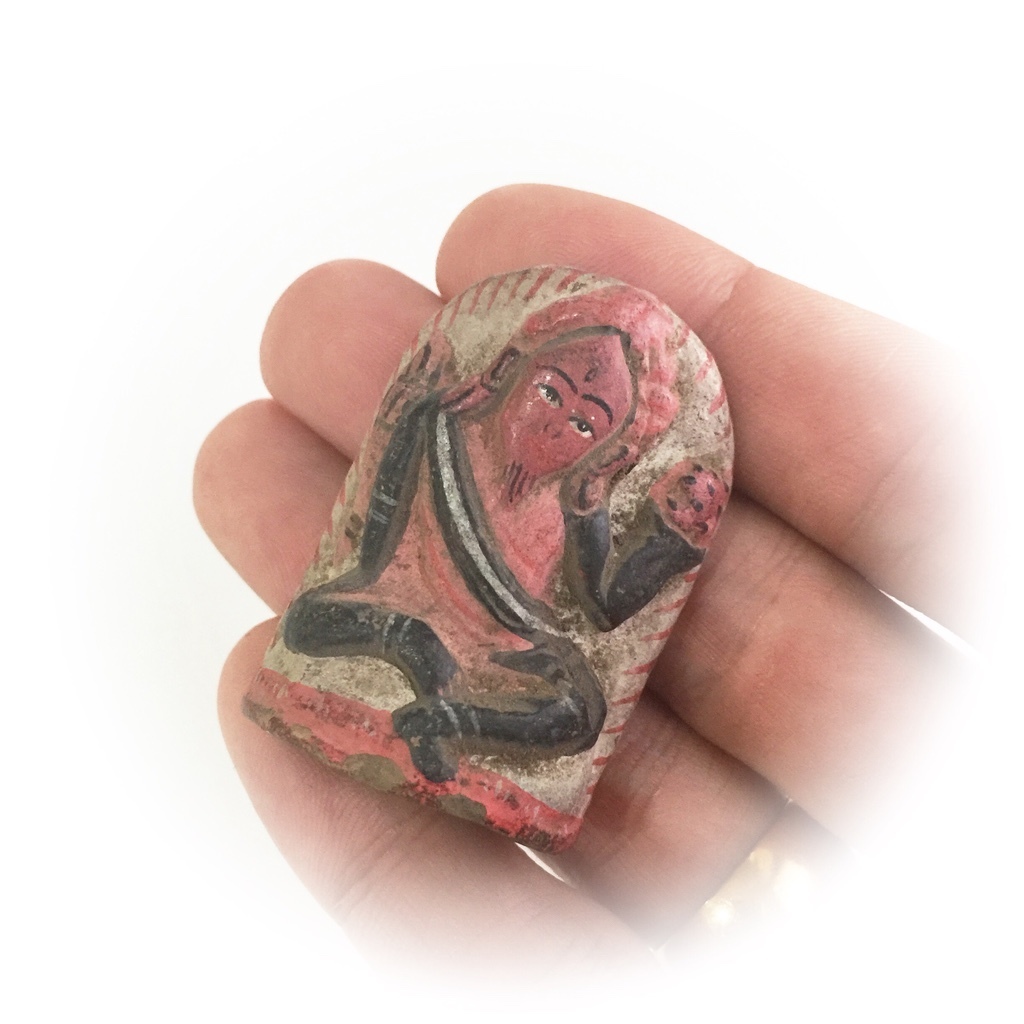