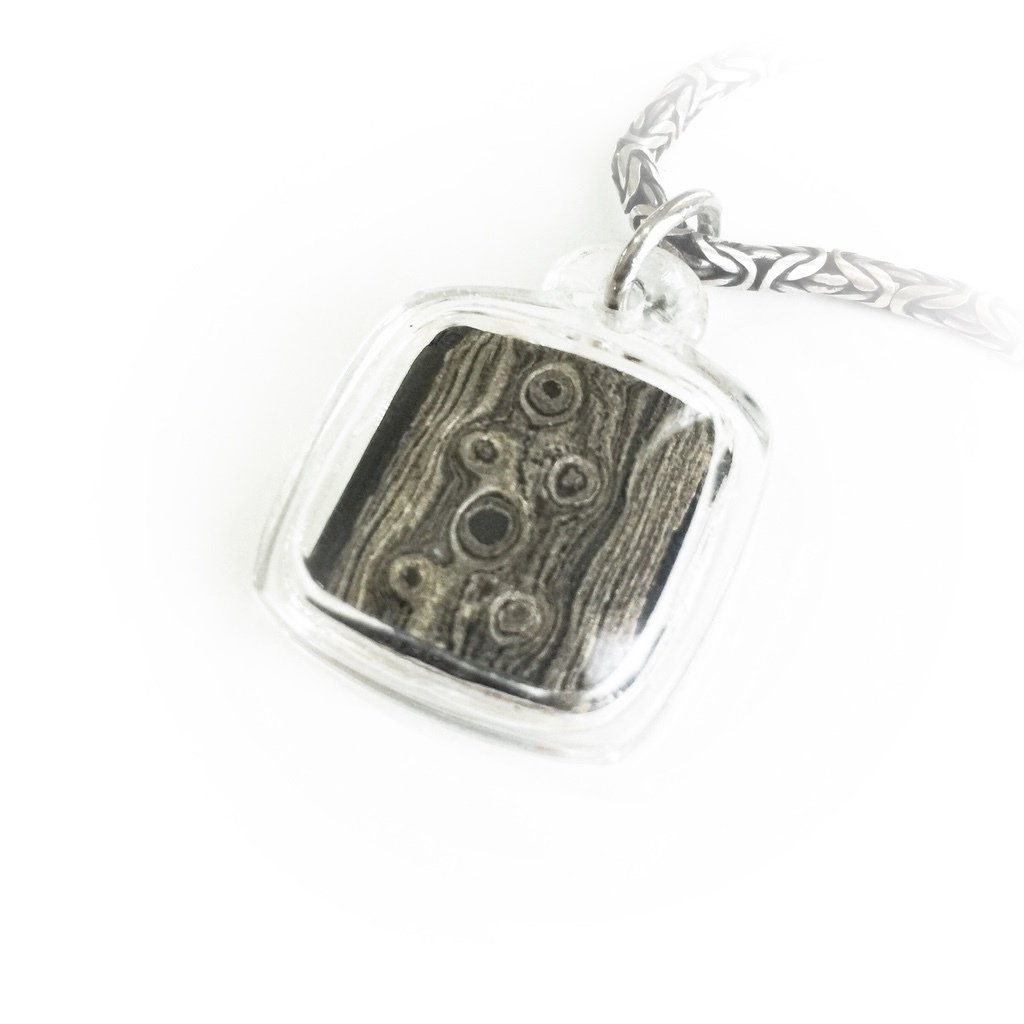 The iron blade of the Indonesian keris serves as a vessel for magic power. As a receptacle for esoteric energy, the blade's pamor pattern determines the ultimate quality of the sacred dagger. Generally, a pamor motif containing meteorite is considered superior to those forged from ordinary metals like nickel and steel. This, of course, is due to the general assumption that meteorite carries a much greater spiritual significance since the fragment of rock or iron comes from outer space; i.e. the celestial abode of the gods.

Through forging the iron element from earth and meteorite from outer space, the empu (keris maker) attempts to unite the nature of phenomena – on a metaphysical level (microcosm) – with the elements of the universe (macrocosm). Since the – empu is a realized master of the ancient practice of fire gazing, his or her mind will be dwelling in unwavering concentration during the forging process. With a clear and focused mind s/he then recites certain mantras, so that the blade becomes naturally empowered by the forces of nature and the Divine.

Unfortunately, in modern times it is no longer customary for people to wear a keris by their side. Yet the traditional belief in the keris' mystical properties remains strong. Inspired by the need for innovation, empus from all over the country soon started making smaller kerises – often in the form of amulets and talismans – in order to meet the spiritual needs of people living in modern-day society. However, this is the very first time ever that a keris blade has been cut into small pieces and turned into a pendant. It can be said, therefore, that this is a most ingenius development in regard to the preservation of Indonesia's cultural heritage indeed.

Udan mas is Javanese for 'golden rain' (Indonesian: hujan emas), referring to a symbolical shower of prosperity and wealth. The pamor motif resembles rain drops, which is linked to fertility and abundance. Therefore, it is believed, that, this particular pamor pattern can attract lots of money and valuables. The pendant comes with a free waterproof plastic case; also, there is a special Balinese silver necklace (30 grams) available for this exclusive amulet.