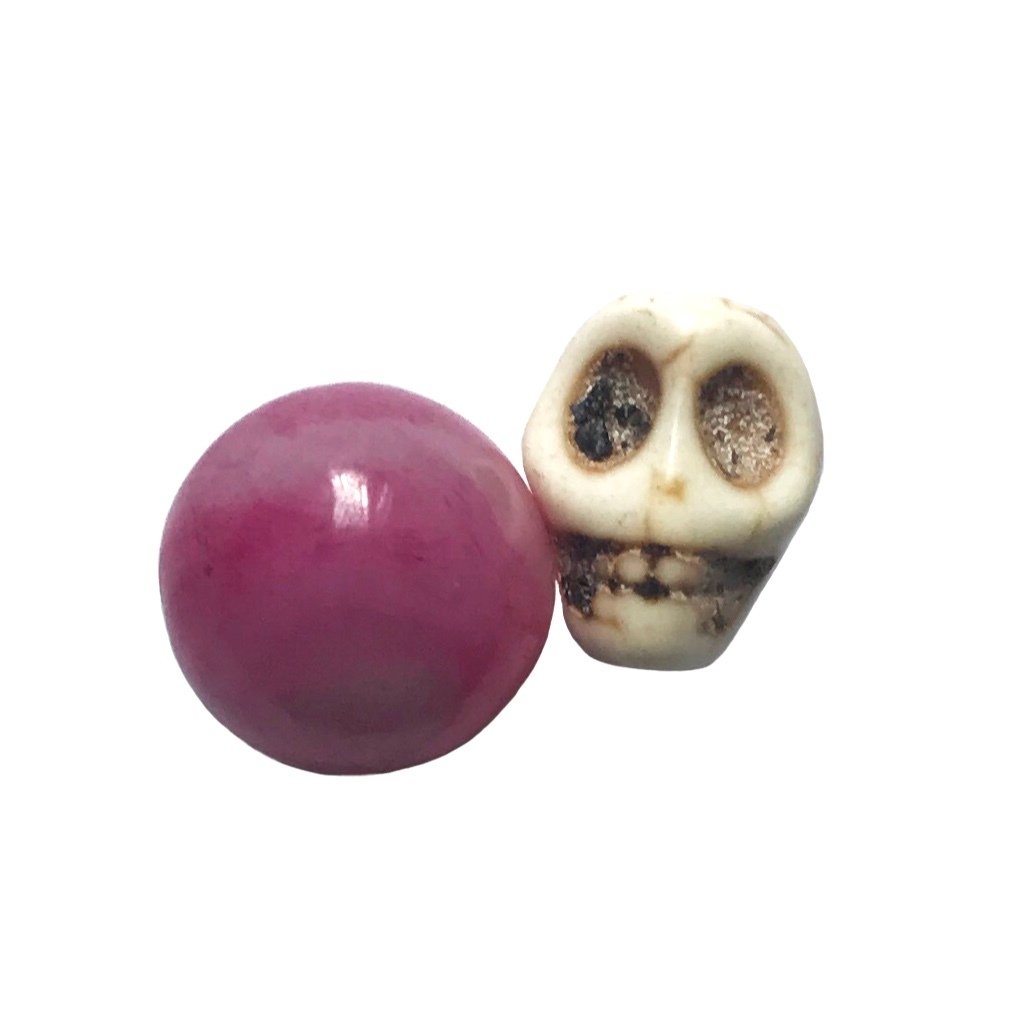 This special ruby gem was once part of the hilt of a Balinese keris. The sacred dagger was used as a ritual instrument for ceremonial magic. Later, after long periods of use, some of the mystical stones got loose and eventually came off of the handle. While the danganan hilt has been inlaid with new stones, the old stones were reused as amulets for their strong magical power. Thus, the precious pink ruby gemstone is now combined with a small talismanic skull in order to optimize the item's flow of metaphysical energies.

Also, within the skull amulet houses a khodamic spirit. The spiritual entity is conjured by the dukun's use of holy formulas. In this way, after the khodam was summoned, the master recited a secret spell to seal the magic, thereby preventing the mystic spirit to run amok. Hence this pair of talismans can be used safely, as the inhabiting spirit cannot turn against the owner (as long s/he uses the items in a responsible manner, and for a morally acceptable purpose). That being said, it is important to remember that both items should be kept together at all times, otherwise their subtle energetic alignment might get out of balance, which can cause their power to diminish.

Since the two amulets are so small they can be easily carried on one's person, allowing the wearer to call upon the khodam for protection before leaving the house. However, it is also permissible to bring them along when visiting the casino (or horse racing track), as their spiritual powers can help boost the gambler's luck. Another example is to utilize the items' mystical properties in clubs and party locations, thereby aiming at romantic encounters with other nightlife-loving people. Yet if one prefers not to carry such valuables on one's person, then they can be placed in one's office for more success in business, or at home to restore and maintain a healthy flow of energies coming in and going out of the house.