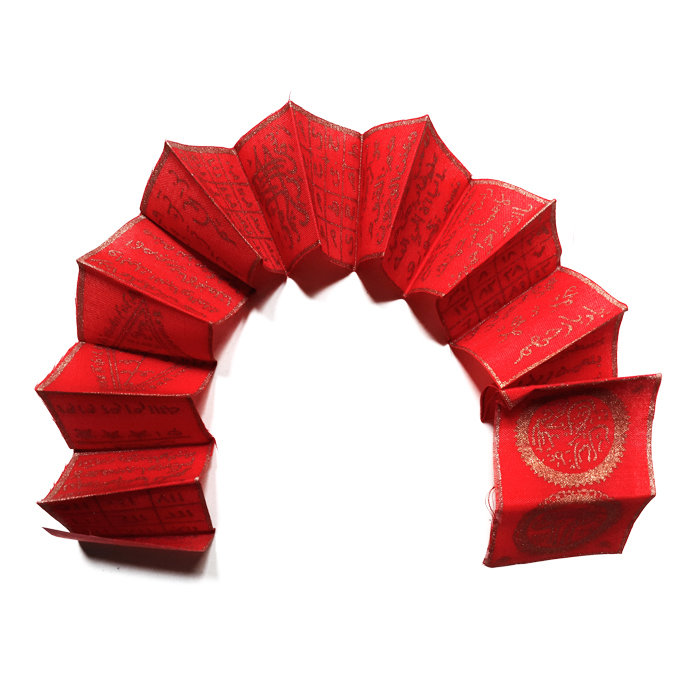 Powerful and Practical Pocket-sized Book of Spells for Everyday Use

Indonesian mystical tradition has a very large array of magic spells, incantations and prayers (e.g. mantras, du'a, hymns, etc.). A vast number of spells has been systematically incorporated into the practice of ritual magic. To the layperson the complexity of magical formulas used in Indonesian ritual magic sometimes seems rather intimidating due to the overwhelming number of spells. Needless to say, in order to avoid confusion, proper guidance is essential for the uninitiated person treading the path of the occult. But since not everyone is fortunate enough to study under direct guidance of a realized master, people often have to face many obstacles along their way. Hence this practical pocket booklet of spells is made specially for those who can use some extra help with their daily practice of magic.

The above picture represents the Islamic Key of Solomon

The pocket-sized book contains various kinds of sacred incantations, which, taken together, form the core elements as taught in Solomonic magic and Indonesian Islamic mystical tradition. Thus, the pocket booklet features a compilation of some of the most powerful magic spells used by Indonesian occultists and mystics. This makes it a very practical amulet for everyday use; i.e. daily practice of ritual worship (prayer, meditation, etc.).

The sacred red cloth from which this amulet is made has several Arabic spells written on it, serving multiple purposes. Amongst others there is the Islamic Key of Solomon which offers the wearer of the talisman protection from danger, be it in a physical or non-physical form. In addition, there are magic squares with auspicious numbers written in the ancient Arabic script. This particular set of lucky numbers is carefully constructed according traditional Javanese astrology, and as such it is believed to bring sudden bursts of windfall luck to the owner of the amulet. Furthermore, it is also possible to use the mystical properties of the magic pocket booklet to enhance one's physical charm and attraction, which will increase your chances of finding love.