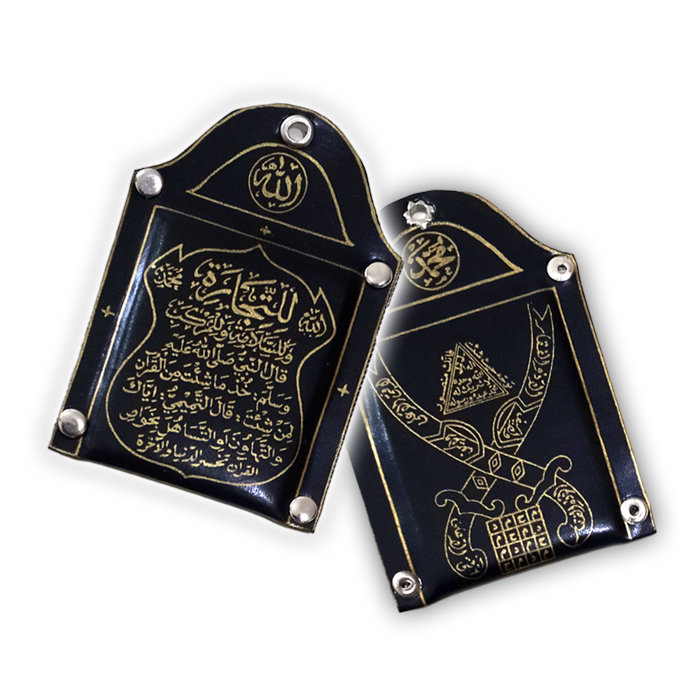 The stylish combination of black material and gold lettering is the trademark of traditional amulets and talismans made by the Banten mystics. The powerful talismans made by the renown Muslim masters from Banten Province in West Java are widely praised for their strong effects. This is not surprising, for the Islamic mystics are known to bless the amulets and talismans according the authentic consecration methods of Indonesian mystical tradition. 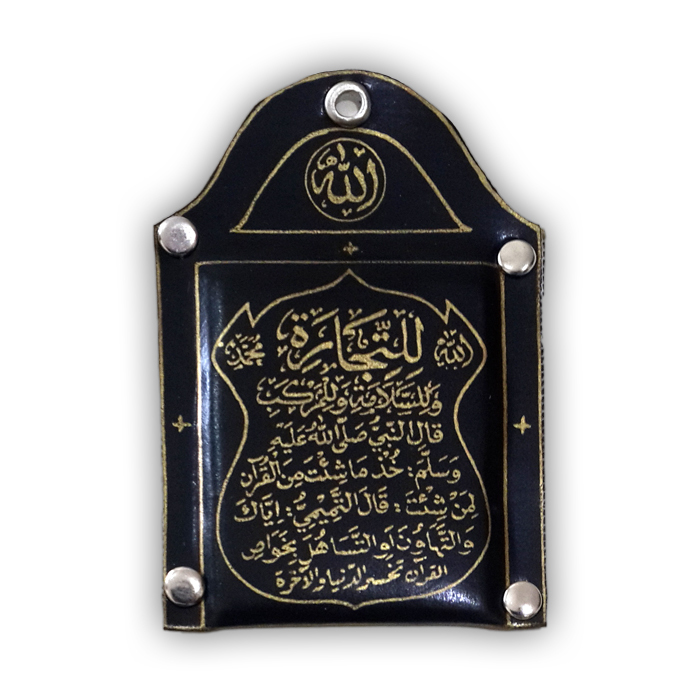 Both the front and rear face of the locket is adorned with gold colored lettering in Arabic, which represent powerful magic spells. The locket is sealed with a tiny metal pin in each corner of the talisman. This is done in order to seal the sacred contents of the locket, but also to seal the mystical powers contained within the magical spells. At the top it has a metal loop in it, which allows one to wear the locket on a necklace, or to hang it in a specific place, which can be either at home or at work. 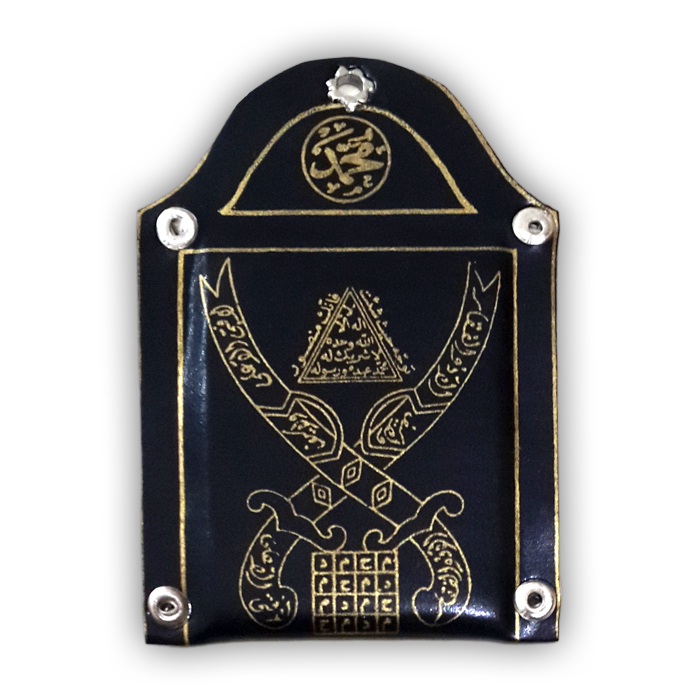 The consecrated locket is imbued with blessings aimed at improving one's trading results. This means that the owner of this talisman shall be making more money with less risk. Also, the power of the magic spells used for the making of this locket will help the owner to improve his or her professional business skills. Consequently, s/he will make more profit through increasing sales. In addition, the talisman can be used to establish one's authority on the market, to gain respect and receive praise from one's employee and colleagues, attract customers and clients, seal deals, and to beat one's business competitors. 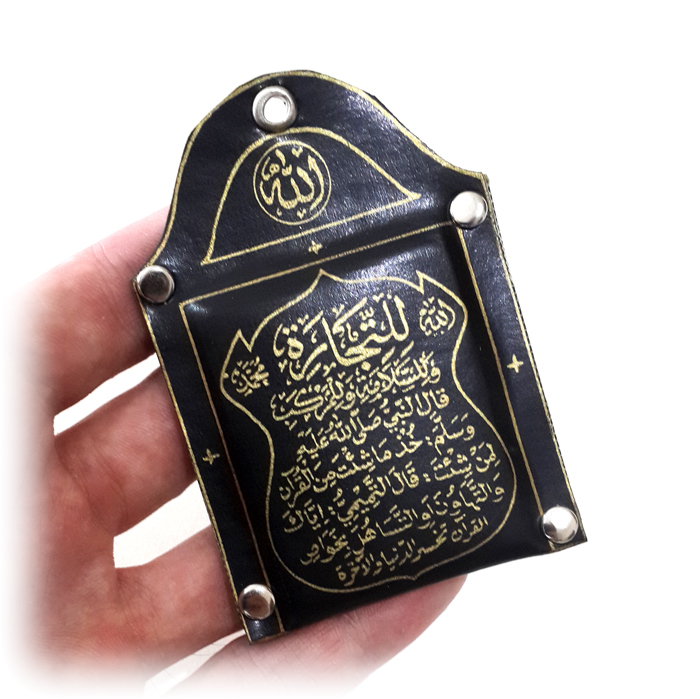 Ever since the rise of Islam Muslims have been incredibly successful traders and have become extremely wealthy merchants. Hence, Islamic magic is perhaps the most effective way to acquire the skills to do good business, for indeed, many people (including non-Muslims) claim they suddenly became very rich due to the power of talismans like this ritually consecrated locket, which is thereby allowing them to live a prosperous life.