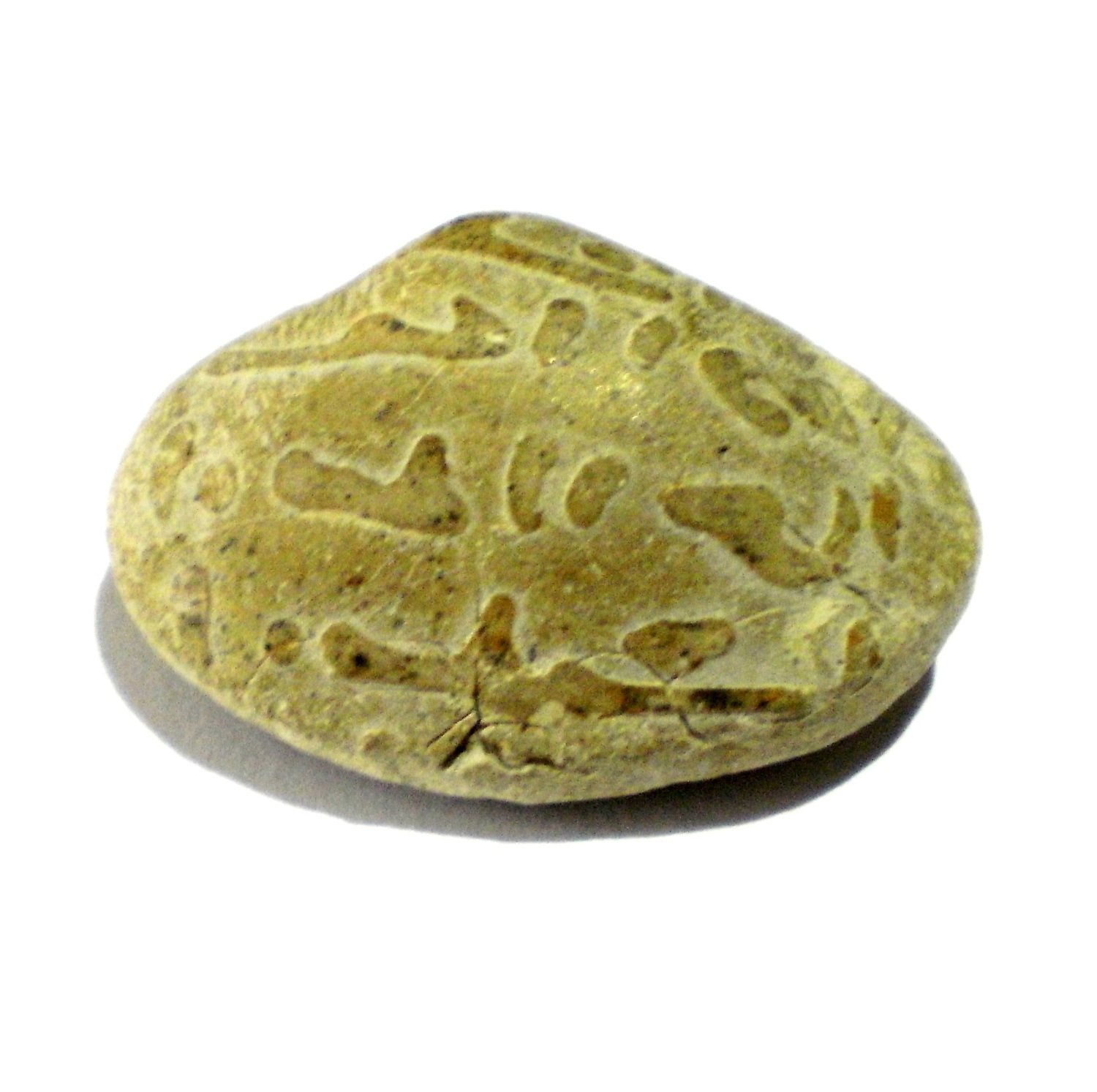 This ancient petrified fossil of a sea shell features hand inscribed Islamic spells. The fossil was found along the south coast of Central Java, Indonesia. Due to volcanic eruptions of Mount Merapi the sea shell has become petrified through the course of time. The ancient fossil was then donated to a local dukun to make an amulet from. Thus, the sea shell was given authentic empowerment and received hand inscriptions featuring sacred Arabic spells.

Fossils are believed to possess tremendous qualities of endurance and resistance, including strong magical aspects of invincibility (kanuragan) and invulnerability (kadigdayaan). Obviously, the reason for this can be found in the fact that the creature's body has remained intact for so many centuries. The sea creature's body parts have not disintegrated even after having to withstand some of the most extreme weather circumstances, such as volcanic eruptions and earthquakes. Instead of having decayed the shell turned into stone (petrified). Its mysterious transformation thus demonstrates the indestructible nature of this fossilized organism.

Though by nature the petrified fossil is already endowed with inherently strong powers of survival, yet the effects of these very powers are enhanced even further by the additional empowerment of the dukun. In this way, then, the dukun consecrated the ancient sea shell using the authentic method of Islamic magic. After he transmitted powerful blessings of protection onto the fossil, he then performed hand inscriptions with sacred Islamic spells on the exterior of the sea shell.

One can use this sacred object to fend off attacks launched by one's opponent(s), which is why the petrified fossil is highly recommended for practitioners of martial arts (pencak silat) and self-defense (kanuragan, debus, etc.). Also, the sacred Arabic spells provide powerful protection against black magic, malevolent jinns, and evil spirits. If placed in one's home, the magic sea shell will guard over the household. It also watches over one's personal belongings and keeps thieves away.