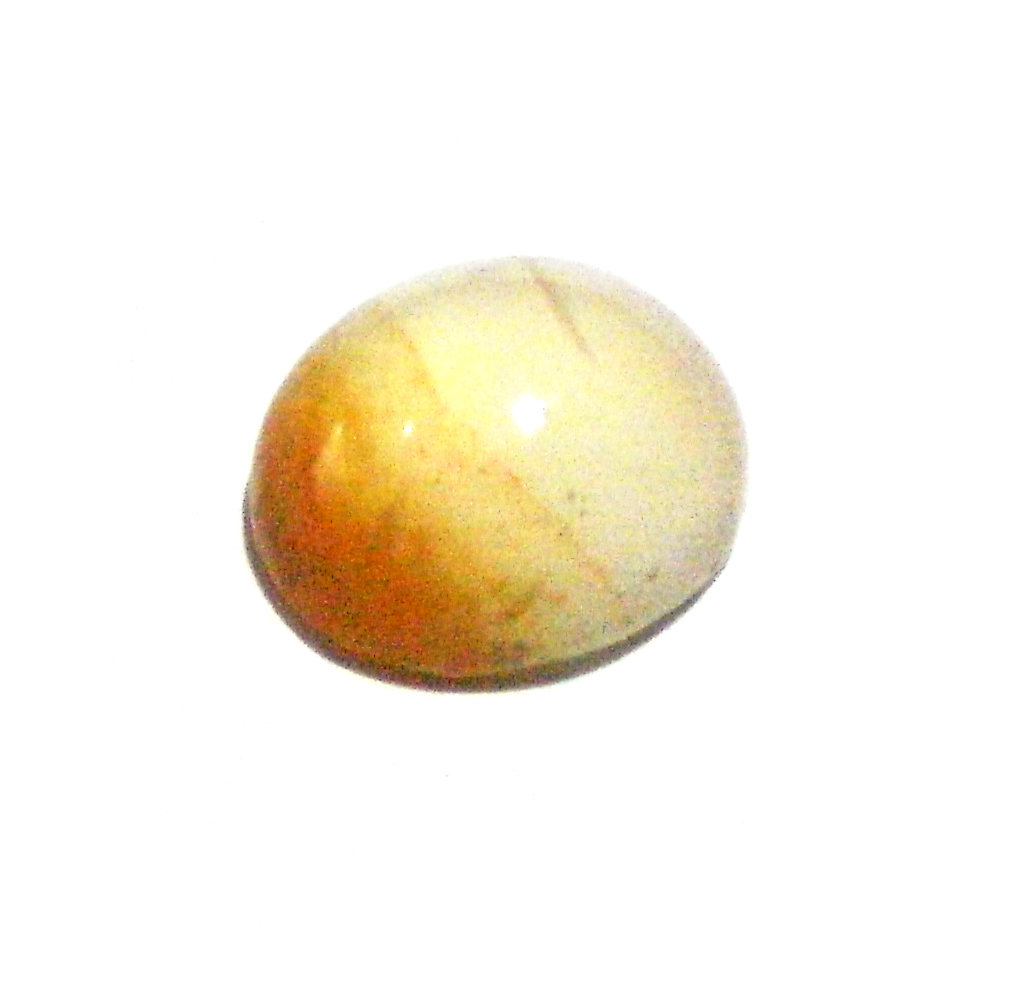 In Indonesia, the orange colored variant of agate is highly praised for its mystical powers. Indonesians value this particular mustika gemstone for its effective healing properties as well as a traditional talisman for protection against various sorts of danger. It is a favorite tool of the indigenous dukuns who often use agate mustikas for alternative healing practices and ceremonial rituals.

Agate has an extremely solid structure, making it one of the hardest mineral substances to be found on this planet. Its molecular structure is remarkably well resistant to external environmental factors. The natural substance is therefore believed to contain certain mystic powers which are derived directly from nature itself.

In addition, the mustika is ritually consecrated by a Javanese dukun, who thereby has imbued the orange agate gemstone with magical properties to attract wealth and prosperity into the life of the owner. The strong combination of ritual blessings performed by the dukun and the inherent mystical powers of the khodam spirit makes the orange agate mustika gemstone a powerful Indonesian talisman for protection as well as good luck and good fortune.