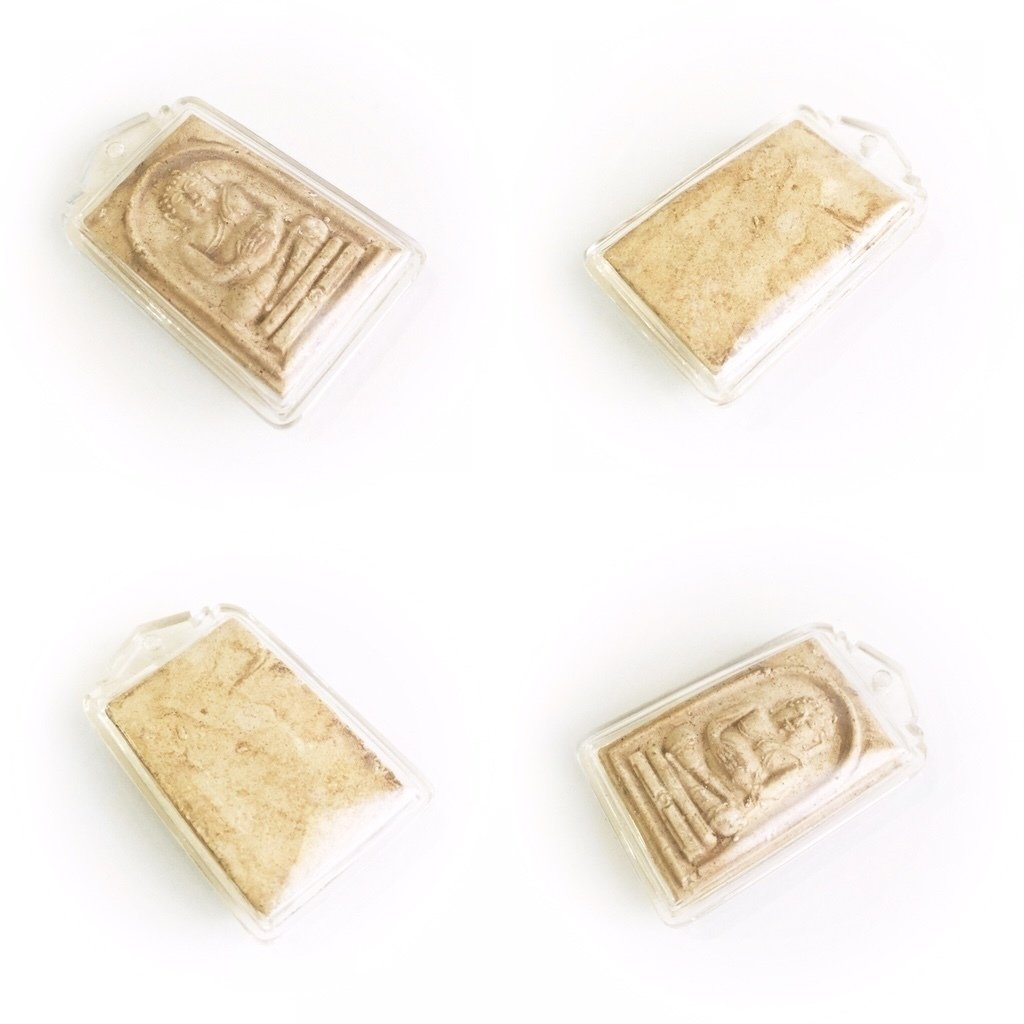 Made and blessed in the year 2495 BE (1952 CE), this authentic Thai amulet of Phra Sangkachai by Luang Por Nak of Wat Rakang Kositaram is part of Thailand's national heritage of sacred Buddhist art. Indeed, since Luang Por Nak was a disciple of the Venerable Somdej Toh – one of the greatest monks of all times in Thailand – his amulets are deemed to be among the most preferred collector items by Thai Buddhists in general. Moreover, the annual editions released by Wat Rakang Temple between 2495 BE and 2500 BE are also internationally acclaimed as a great success in regard to artistic skills and spiritual excellence of resident masters (i.e. Luang Por Nak and Luang Por Hin). 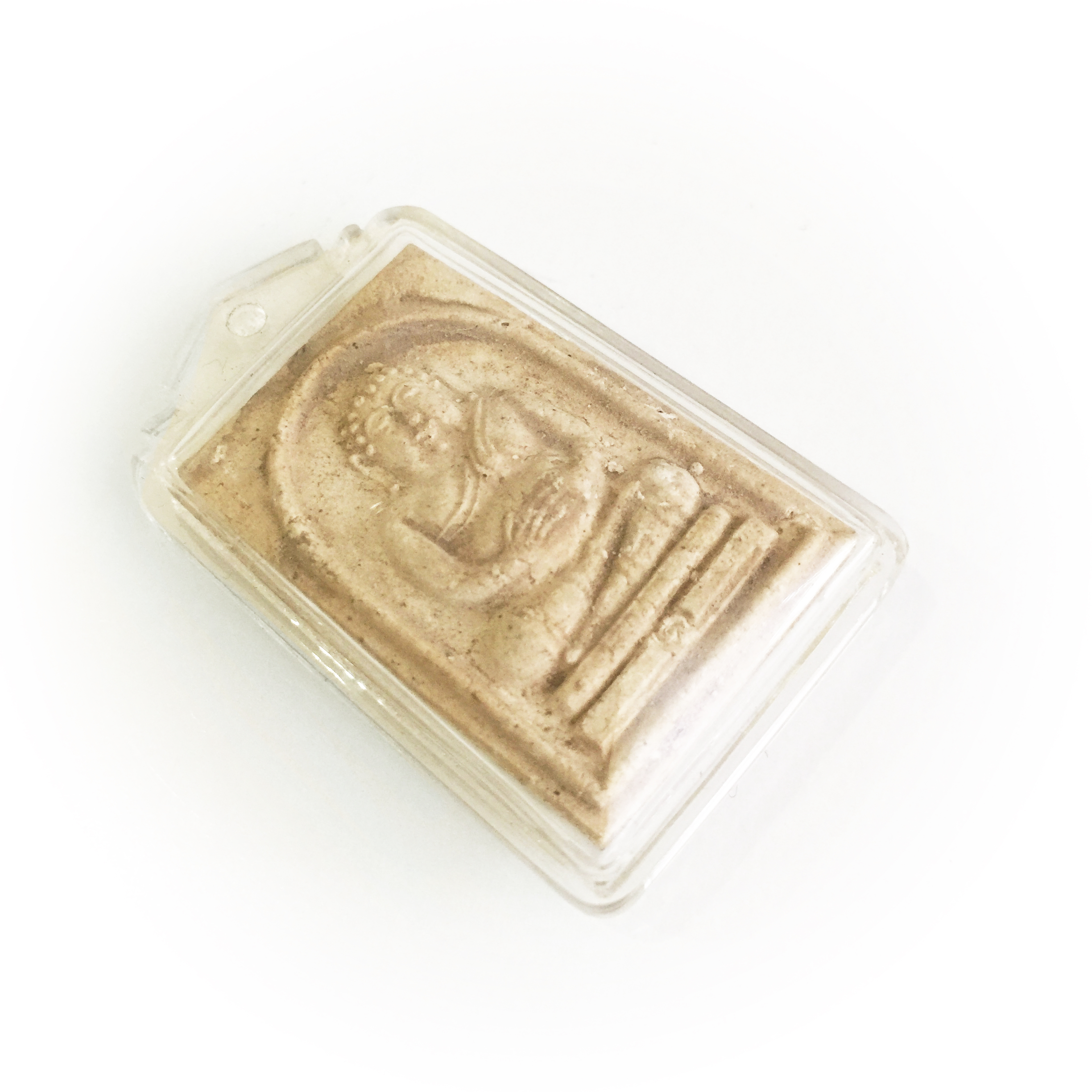 Like any other Buddha amulet ever officially issued by the Royal Thai Buddhist Temple of the Bell ('Wat Rakang Kositaram'), this particular votive tablet exhibits all the distinctive features of a sacred powder (phra pong) amulet. The iconographic features of the Buddha image represent the historical saint Mahākaccayāna Thera (also known as Phra Sangkachai or Sangkajjai in Thailand), a direct disciple of the Lord Buddha himself. He is depicted sitting in meditation, holding both hands on his slightly fat belly, which has a full rounded shape just like the rest of his plump body. The meditation seat of the holy Buddhist monk is enshrined within a bell-shaped meditation cell, symbolizing the ancient temple bell of Wat Rakang. 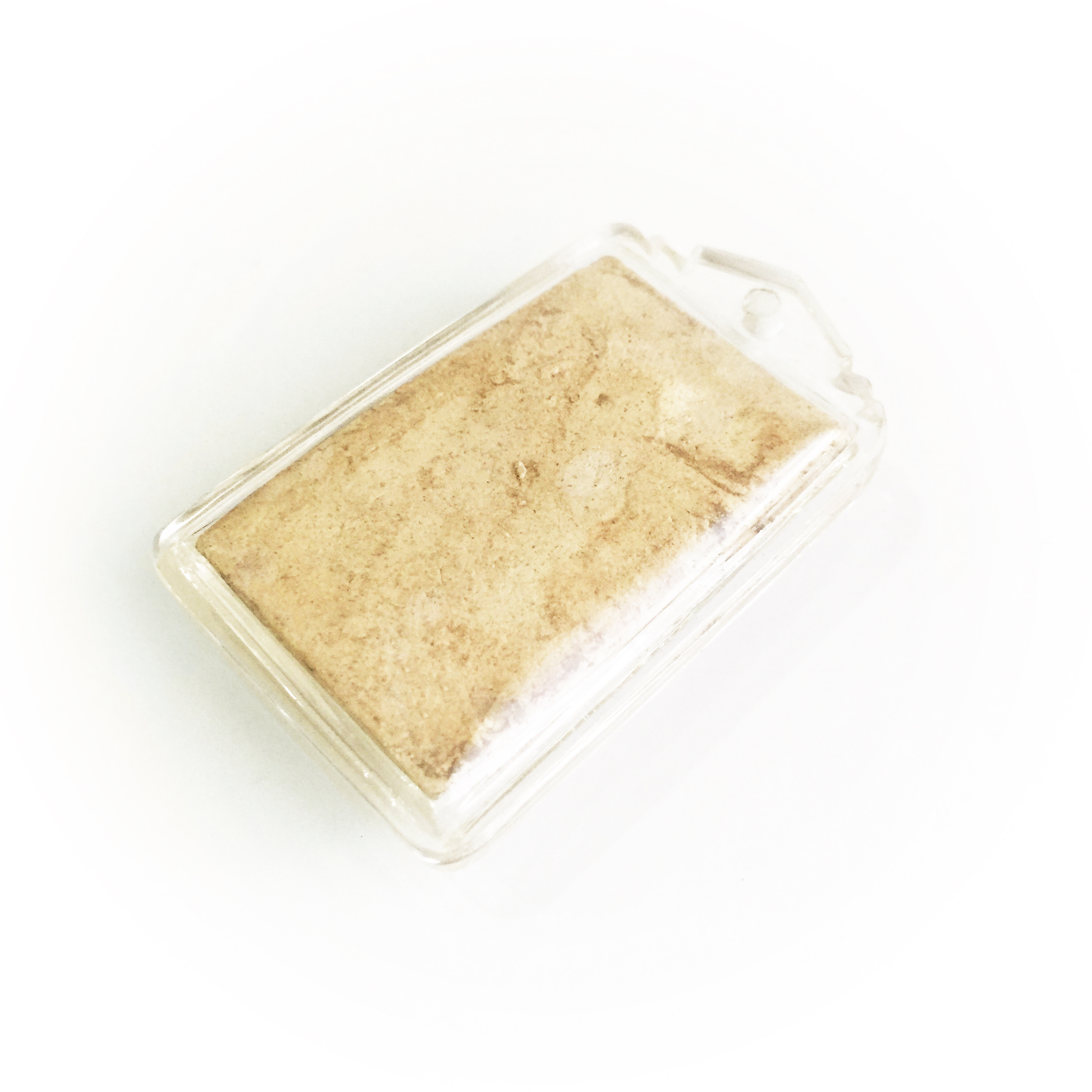 This holy image is worshipped by laypersons, as he considered an enlightened Buddhist monk who is capable of fulfilling peoples' wishes. The saint's body has a golden hue (kāñcana means 'gold' in Sanskrit), which is linked to his miraculous power through which he is able to manifest divine blessings of wealth in the physical realm. Hence the amulet is believed to be endowed with the magical quality to increase money and to enhance business endeavors. Besides being a bestower of good fortune, Sangkachai is also beseeched for blessings in regard to cultivation of one's spiritual practice. 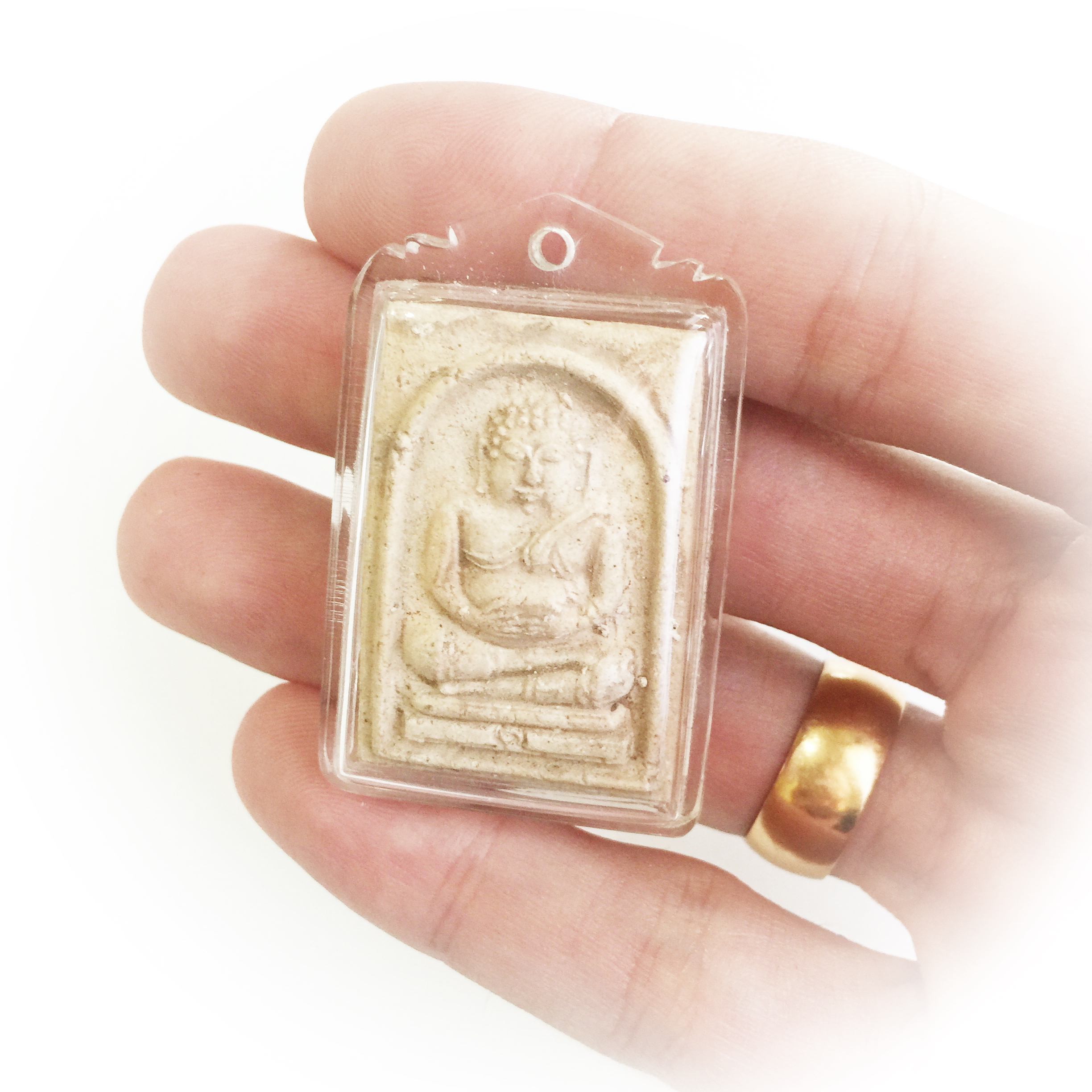