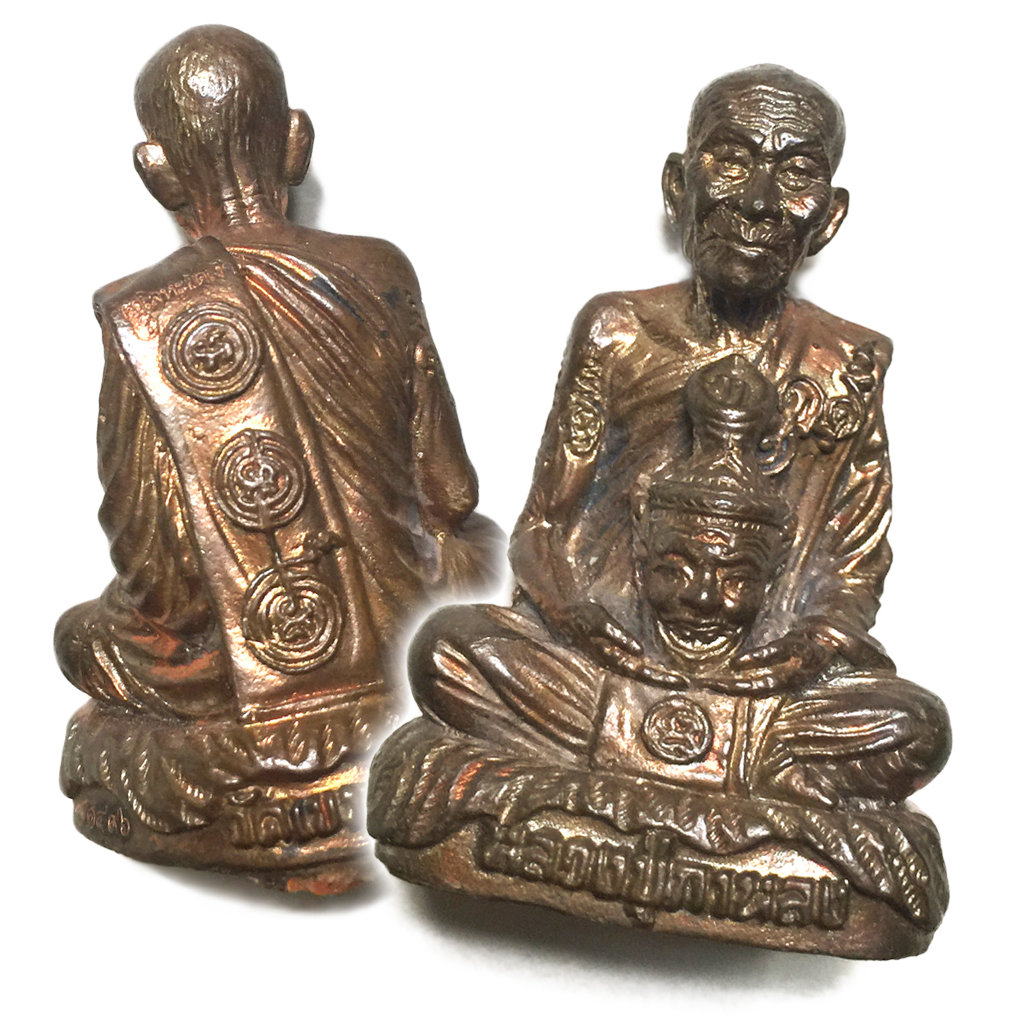 The legacy of Luang Por Kalong revolves around a series of powerful amulets, especially the ones that were made in the last five years before his passing away in 2554 BE (2011 CE). The sacred metal miniature statue of the late Luang Por Kalong himself is a perfect example of the splendor of authentic Thai Buddhist amulets made by one of Thailand's most popular masters from the present era. Indeed, Luang Por Kalong's amulets are celebrated not only as rare and unique collector items, but ultimately also as excellent bucha items for the practice of ritual worship. 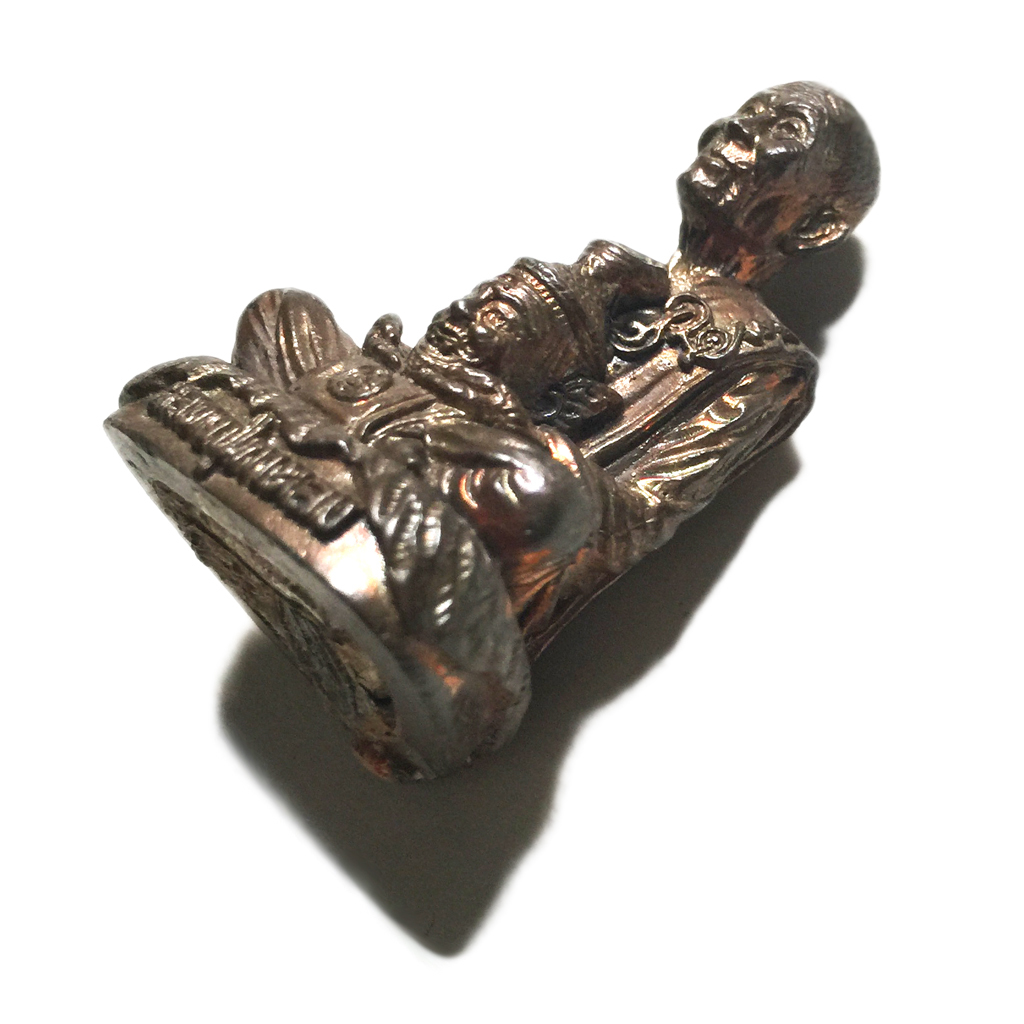 The loi ongk statuette depicts the monk sitting cross-legged in meditation posture, whilst holding in his hands a traditional Thai ruesi mask which rests on his lap. Throughout his life as an ordained member of the Buddhist monastic order (Sanskrit: saṃgha; Pāli: saṅgha), Luang Por Kalong functioned as a medium for ruesi hermit spirits. The monk used his psychic abilities to channel the spirit of Hindu-Buddhist deities such as Por Phu Ruesi Saming Prai (a tiger-head ruesi, also known as 'Ruesi Hnaa Suea') and Phra Laks (Sanskrit: Lakṣmaṇa - the younger brother of Rāma, the protagonist of the Hindu epic Rāmāyaṇa). 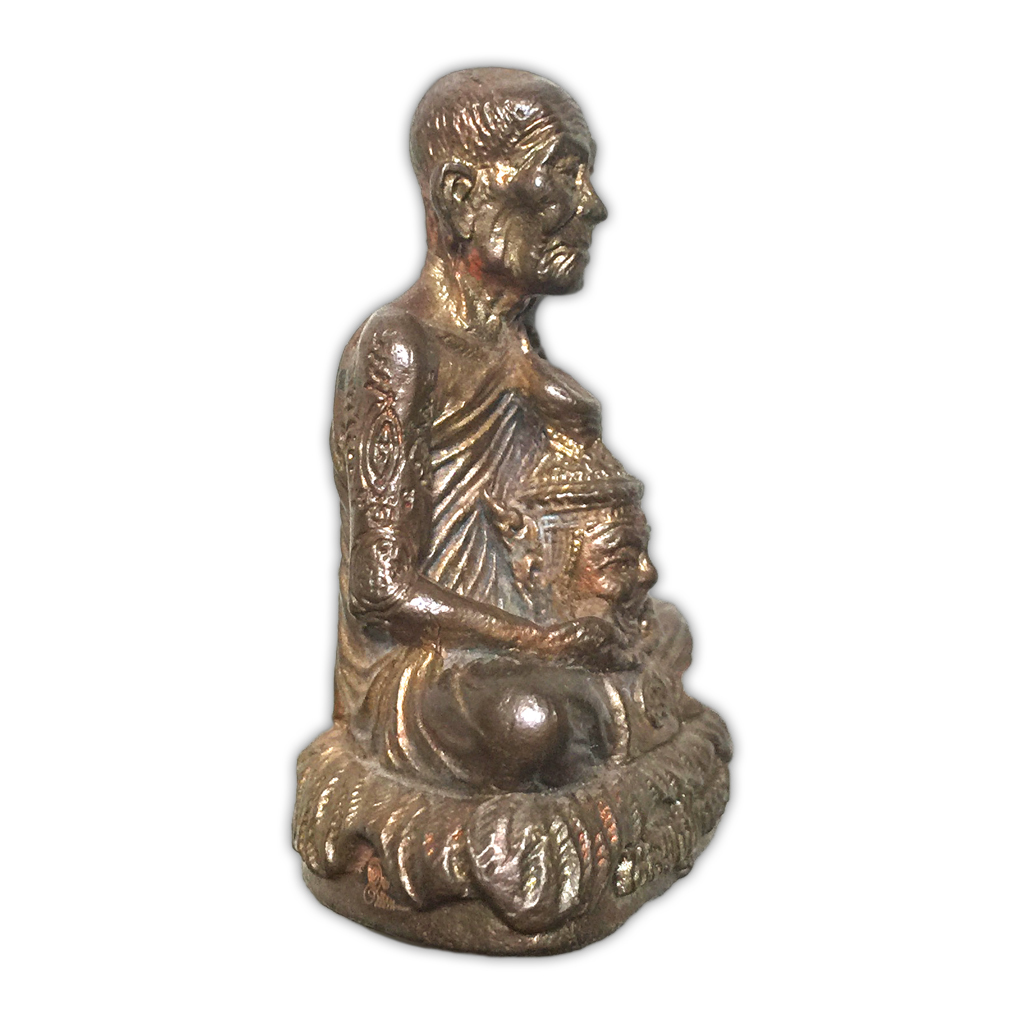 Ruesi masks like the one featured in this miniature statue of Luang Por Kalong are used to conduct the so-called Korb Kru ritual with, whereby the disciple receives formal initiation into the master's lineage. This amulet can thus be considered a symbolic representation of the ritual act that allows people from all over the world to receive numerous blessings through initiation into the lineage of Luang Por Kalong. Therefore, in spite of the fact that Luang Por Kalong is no longer alive today, it is nonetheless still possible in this day and age to receive ritual empowerment from the deceased master through the various amulets he made and consecrated during his life. 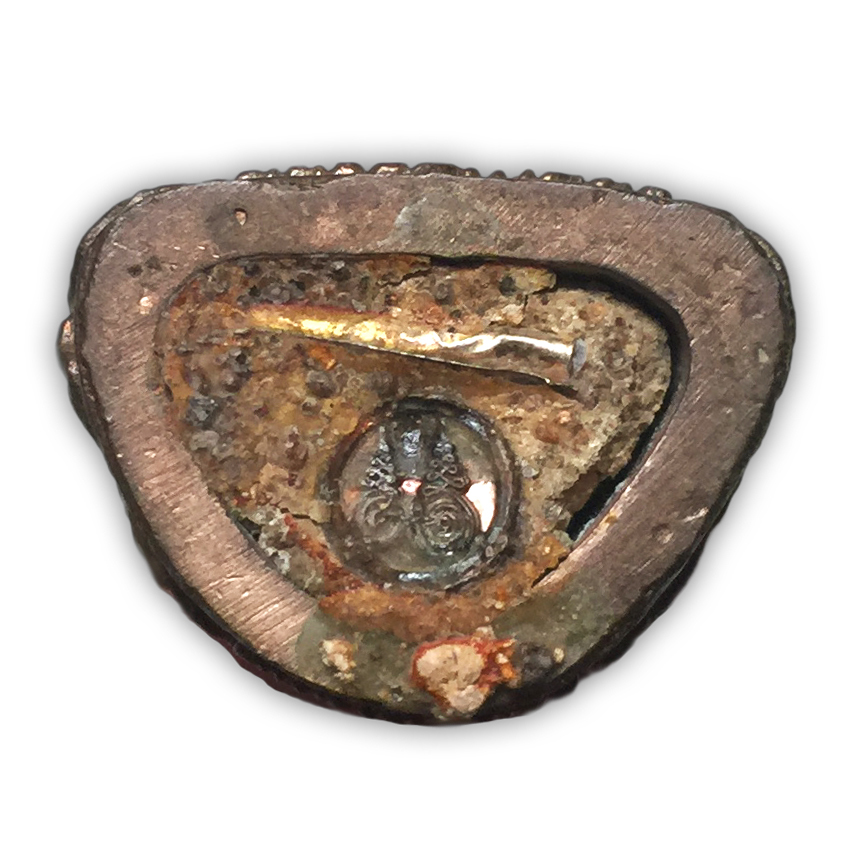 The small bucha item (Sanskrit; Pāli: rupa; Thai: roop) is made from a special mixture of nine types of metal (Thai: nuea nawa loha), consisting of iron, mercury, zinc, tin, lead, copper, brass, silver and gold. In addition to the sacred alloy the amulet also contains a silver takrut and a copper yantra foil, along with holy powders and minerals (inserted in the base of the loi ongk). It is very rare indeed to find so many different materials and separate items packed into a single amulet, which thus turn this miniature monk statue into an unusually powerful and effective object for ritual worship. 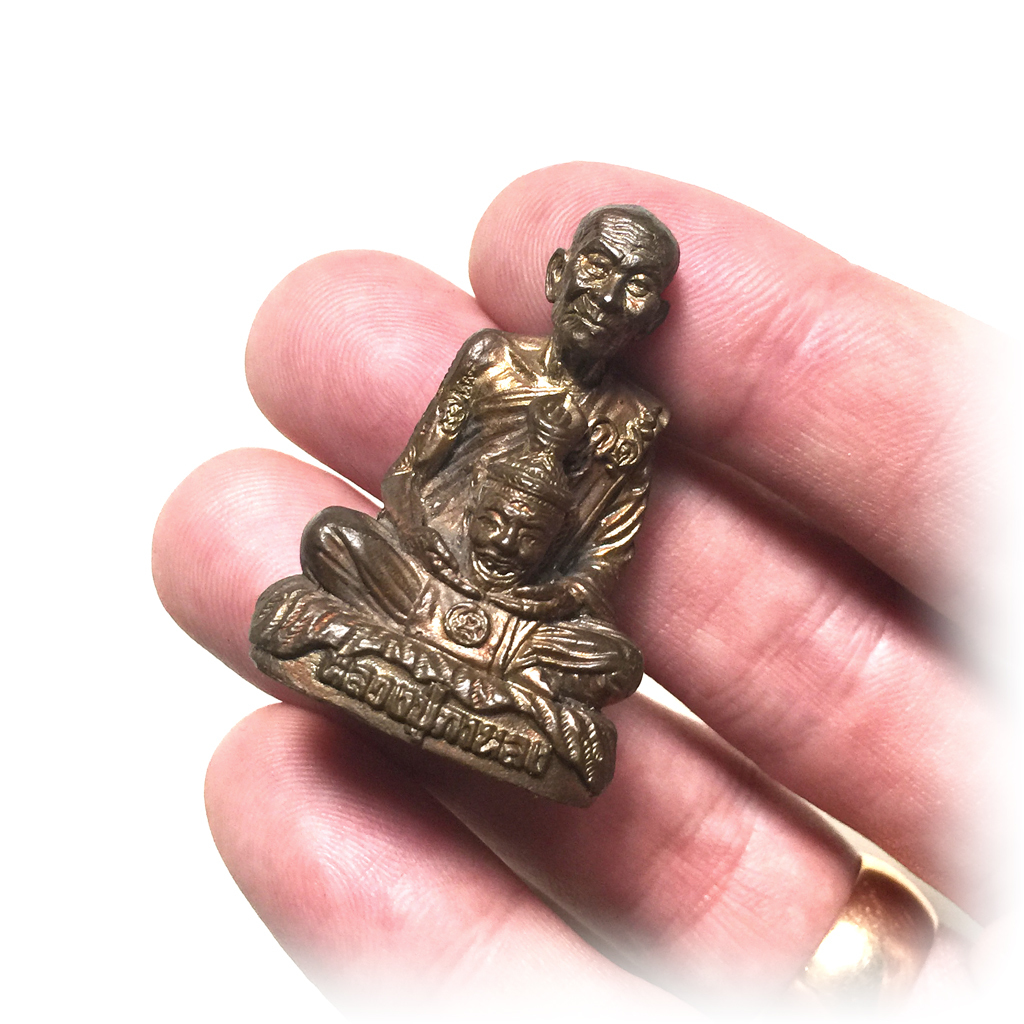