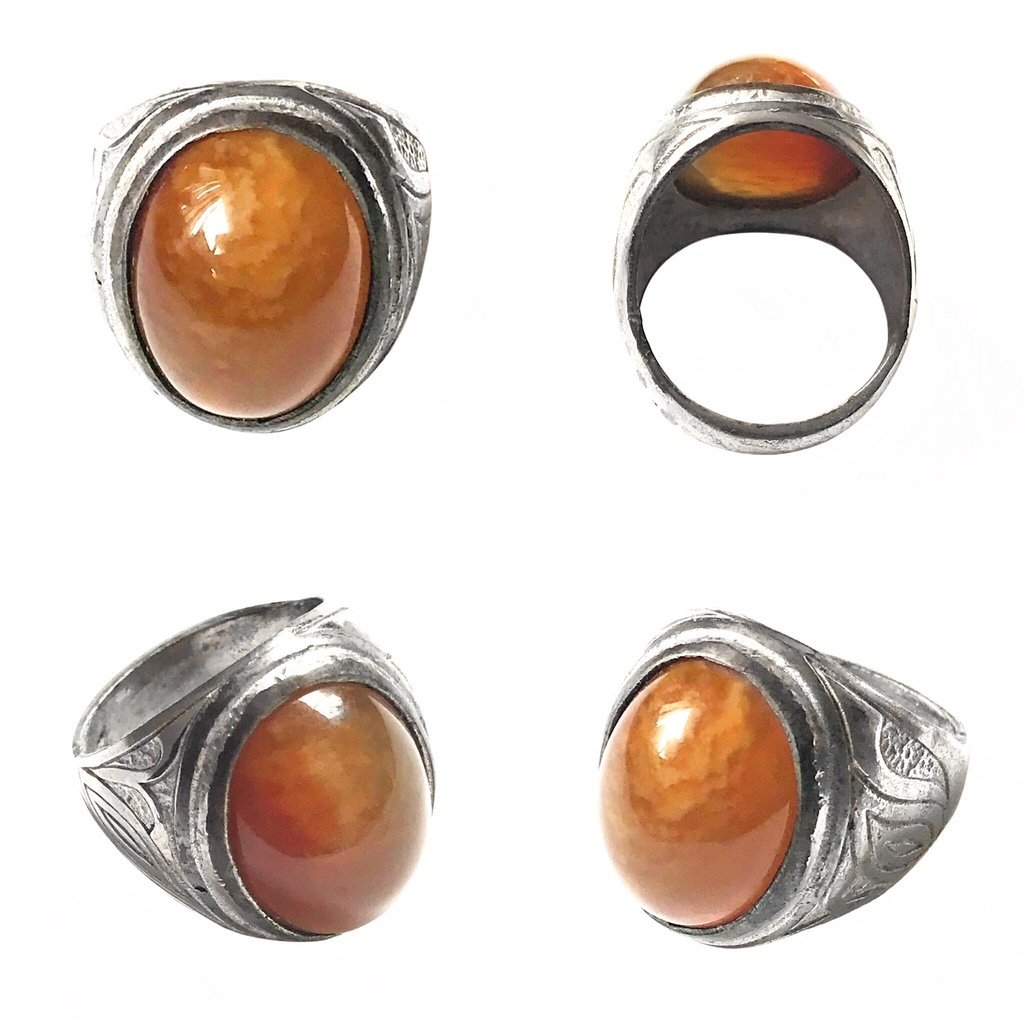 This carnelian owes its beautiful pale orange color to the mineral impurities of iron oxide contained within the sacred stone itself. The gemstone's colorful appearance ranges from dark brown to orange due to its semi-translucence – a common feature shared with chalcedony and other variants of quartz. Also, there is an oval cut in the base of the ring, so that light can pass through the gem freely. Moreover, this design allows the magical jewel's power to be transferred directly onto the wearer's skin.

Indonesian mystics praise carnelian for its natural ability to boost vitality. Indeed, amulets containing semi-precious stones of this kind are believed to reduce stress whilst swiftly transforming lethargy into vigor. In order to maximize the effects, however, the talisman is energetically charged with an Islamic incantation aimed at professional success, thereby assisting the owner to become a better entrepreneur, manager, leader, etc. Subsequently, plenty of new opportunities present themselves.