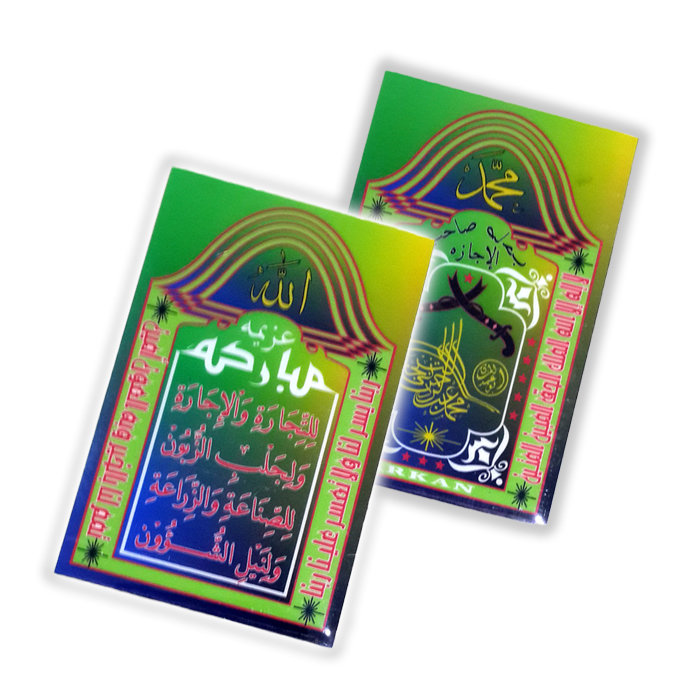 The sales boosting locket is a classic piece of authentic Indonesian Islamic magic. The amulet looks very modern with its colorful design, though the design is composed according traditional concepts of Javanese occult tradition. In this way, the locket is properly constructed using the ancient methods of Indonesian ritual magic, while at the same time it looks as though it is a contemporary amulet of the highest standard. It is a very creative and innovative talisman indeed.

Apart from its aesthetically pleasing design, the locket features a series of powerful Islamic spells that are aimed at boosting sales, thereby increasing success in business. For this reason, it is said that the magical sales boosting locket holds the key to successful business management and entrepreneurship. Furthermore, the mystical properties of the sacred Arabic spells used in the ritual empowerment of the locket are believed to be highly beneficial for sales representatives and marketing executives. This is because the magical locket is also endowed with magical blessings which help to develop professional skills.

It should be noted, however, that although this particular Indonesian amulet relies on Islamic magic, it is perfectly possible to be used by non-Muslims, too. The reason for this, of course, is the very fact that the traditional belief system in Indonesia finds its origin in syncretic traditions. Thus, the core teachings of each of the major world religions are seamlessly incorporated in to Indonesian mystical tradition. And so, regardless of creed and religion, the magical sales boosting locket will help any honest and hardworking person to become successful in business.