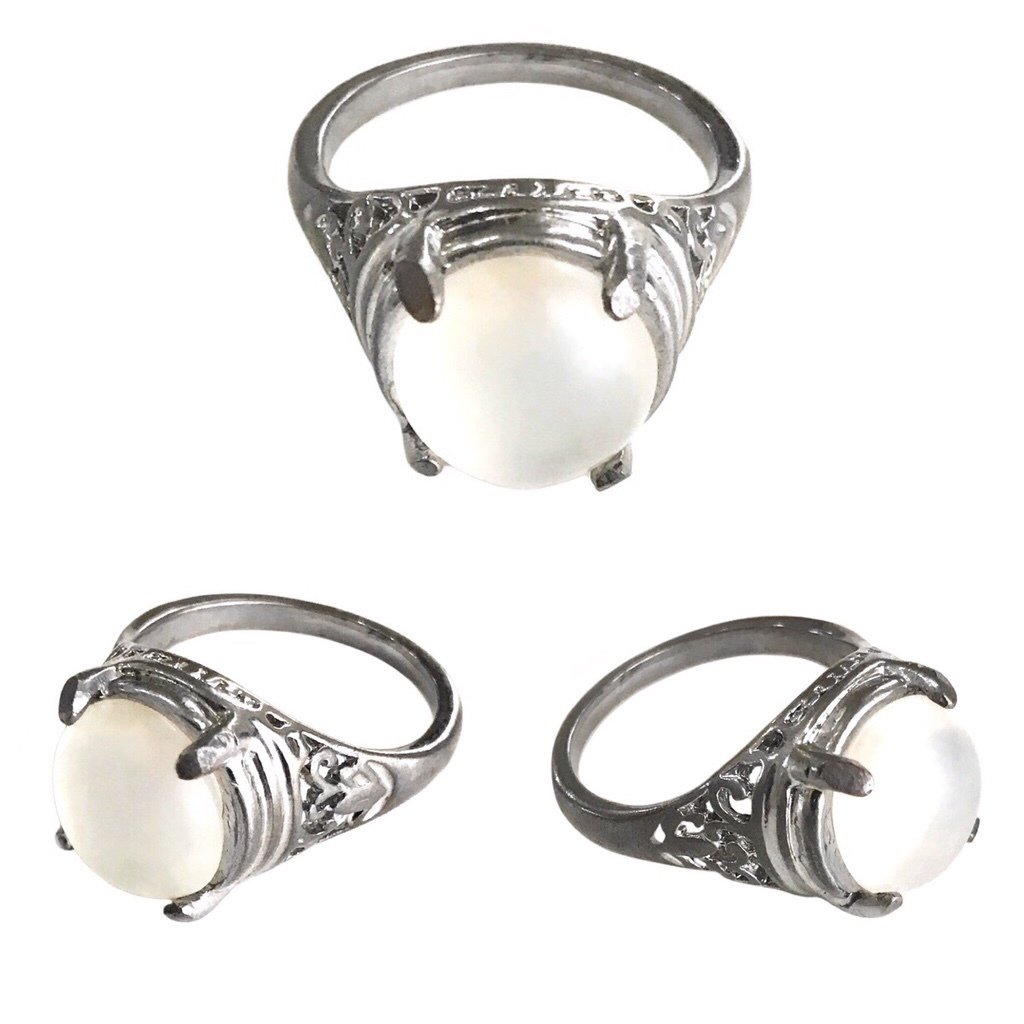 The moon is a spiritual symbol of light in Indonesian mystical culture. As a nocturnal source of light, it dispels all darkness, so that beings can see in the night. Lunar phases are considered to be particularly auspicious times for people who want to improve their fate and karma. It is said, that, when a person uses a properly blessed amulet while reciting a specific mantra on such occasions as the waxing and waning moon, s/he can change his or her luck around for the better.

This magical jewel has an opaque appearance, which soft white color clearly resembles that of the moon in the night sky. Owing to the delicate cabochon cut, the gemstone exhibits various shades of blue and grey when light hits the stone from different angles. The gem is placed in such a way that it comes in direct contact with the wearer's skin, so that the moonstone's mystical properties can be absorbed for maximum power and effect. Also, due to its elegant design, the talismanic ring is suitable for both men and women.

An extra empowerment was performed using occult incantations in order to enhance the natural magic power of the gemstone. As a result, the polished gem has become a full-fledged amulet, which can be used to attract love and luck, or to ensure successful progress in negotiations, while it also possesses qualities for spiritual cleansing of the mind and the body's aura. The wearer can invoke the jewel's additional powers by chanting the accompanying mantra below.