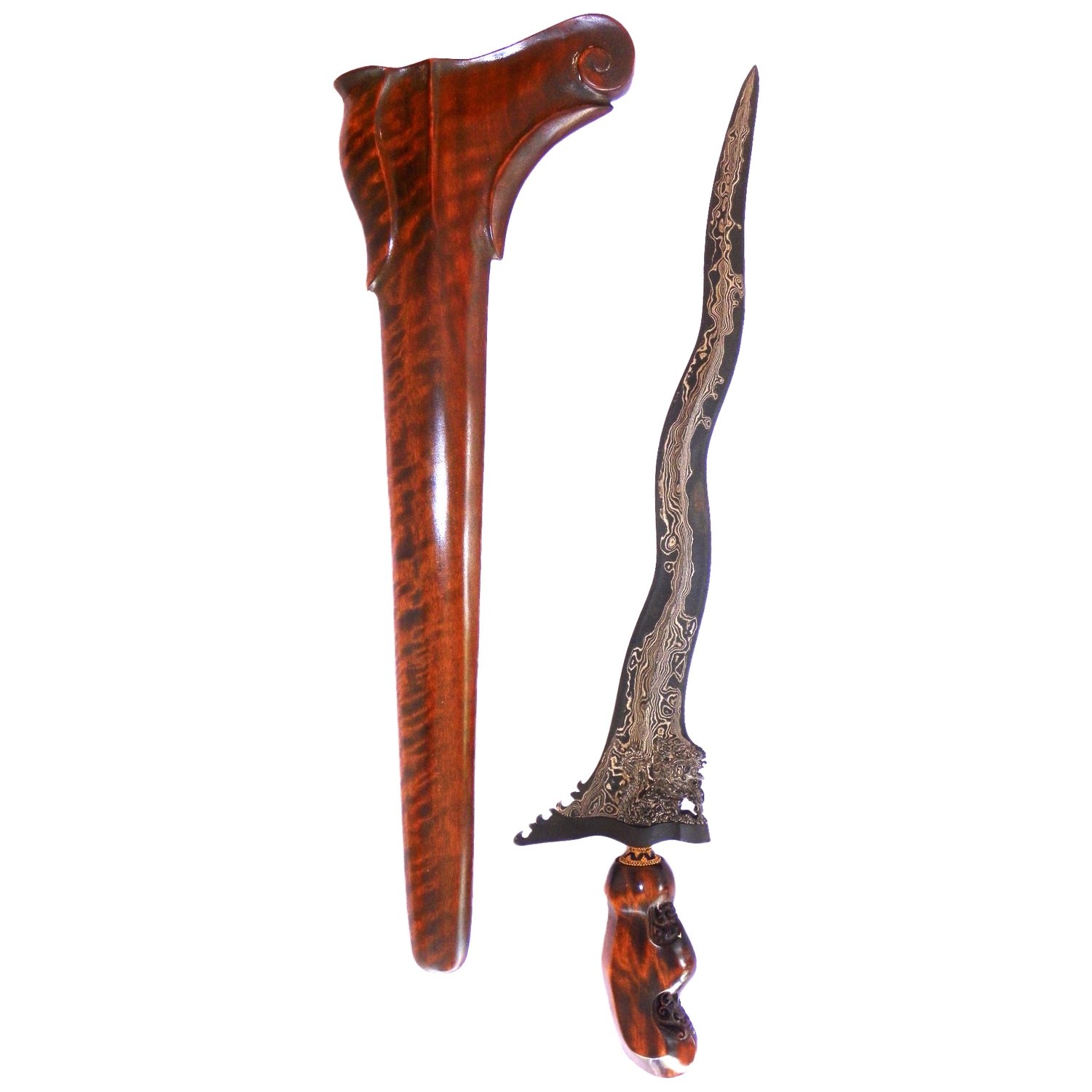 The gandhik of this keris features a Buddhist mythological creature known as 'Makara' (Sanskrit; Javanese: Makårå). In Buddhist iconography, this mythological creature is always depicted with its trunk tilted up and its mouth spread wide open from which a lion emerges (Sanskrit: siṃha; Javanese: singå). The Makara resembles the mouth of the rākṣasa (Sanskrit: 'giant', 'demon') whom is 'The Lord of Time' (Sanskrit:Bhaṭṭāra Kāla, or Rāhu; Javanese: Batara Kala, or Kala Rao).

The Makara can be found in many ancient temples in Indonesia. The most common place where the Makara is depicted is at a temple's gate. In this way, then, the Makara guards over the sacred place. This, of course, is a symbolical representation of his spiritual duty as a Dharma Protector (Sanskrit: 'Dharmapala').

Then, as to the pamor motif, we can see this keris features a Wos Wutah pattern. Another name for pamor Wos Wutah is 'Beras Wutah', which means 'sprinkled rice'. This pamor motif has potential magical powers to provide its owner with peace and happiness. Furthermore, a keris with pamor Wos Wutah is often considered an effective and powerful tool for gaining (material) wealth and enhancement of one's personal charisma. Since Wos Wutah is classified as a non-chosen type of pamor, it is therefore suitable for everyone.

Furthermore, the nine luks of the blade of this keris symbolize the wish for enhancement of the owner's authority and personal charisma. Thus, this keris is most suitable for someone who has a wise character and the mind of a righteous leader.