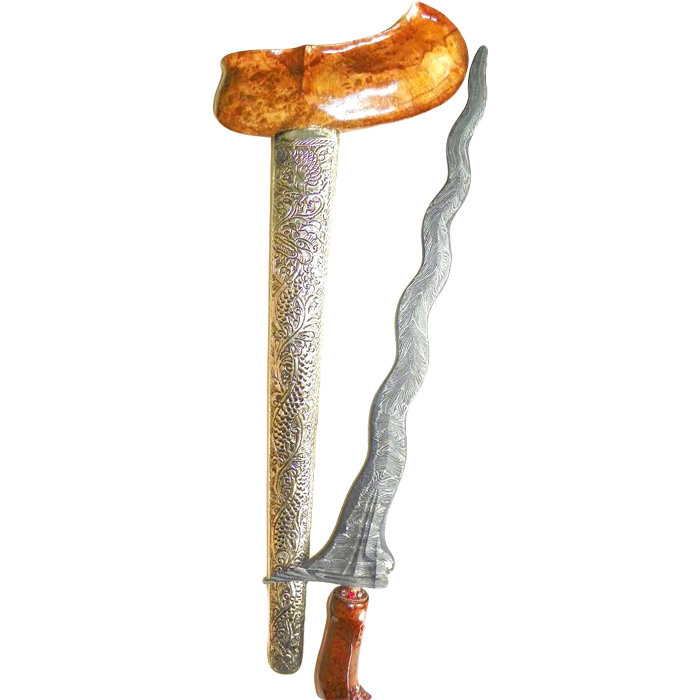 Sabuk Inten ('Diamond Belt') represents the welfare of the Royal Family. Pamor Pandhan Iris resembles sliced pan(d)an leaves, which some people also refer to as 'Dan Riris'. This type of pamor is believed to be particularly useful for people with authority and leadership. Though this pamor also can help avoid black magic. 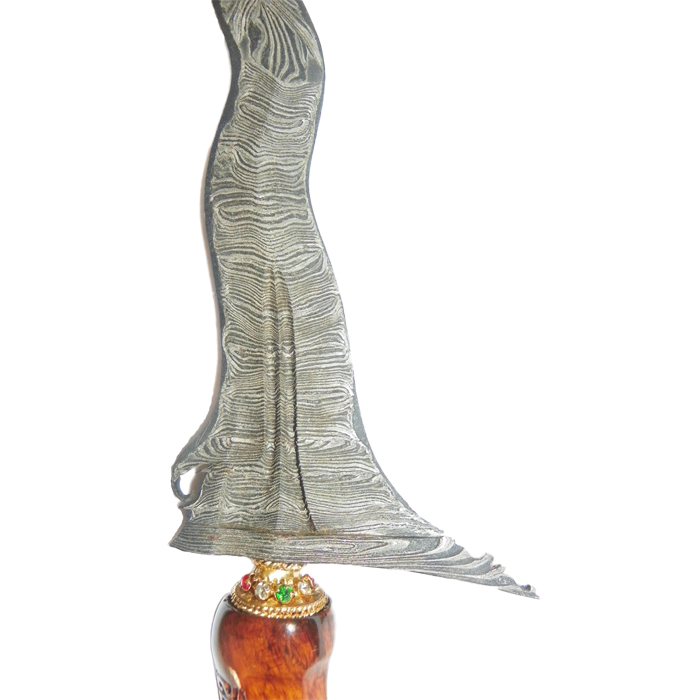 Pamor Nogo Rangsang is often also referred to as 'Ron Genduru Sungsang' ('Upside Down Ron Genduru'). Its function lies in the consolidation of authority, leadership and courage. Pamor Adeg looks like the hairs of a broom. Its primary function is evasion of dangers, such as storms, floods, fires etc. 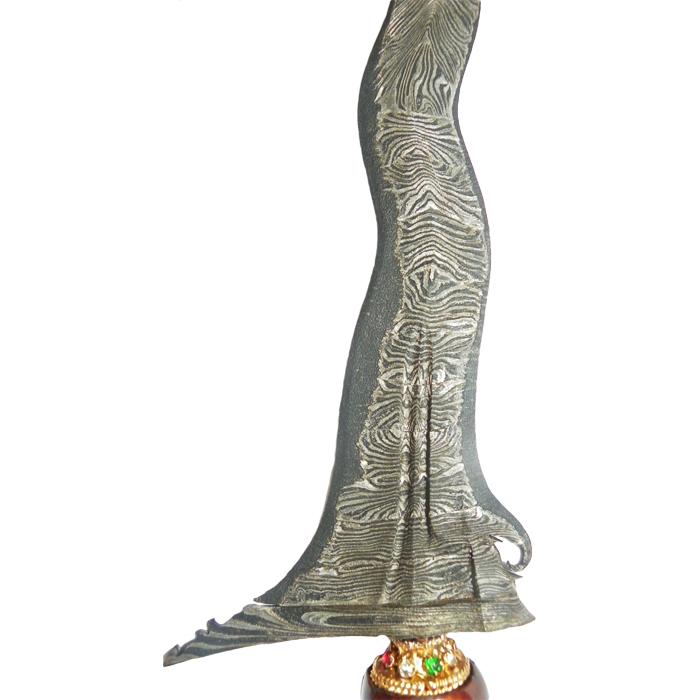 Since these types of pamor usually are not suitable for each and everyone, it is generally believed that they themselves will choose their owner based on his or her character.