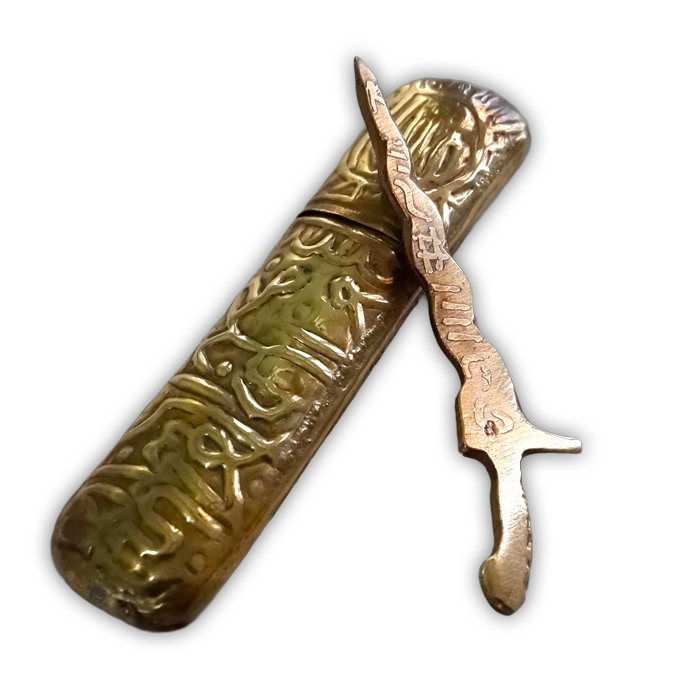 The Indonesian keris is valued as a rare and sacred pusaka or heirloom. Beside the common function of a traditional weapon, the keris also serves as a ritual dagger. Indeed, the keris is indispensable for ritual ceremonies performed by the ordained priests at the royal court of Yogyakarta and Surakarta in Central Java. After Indonesia gained independence, however, the authority of the Javanese sultanates soon decreased. Due to unfortunate circumstances as these, the ordained priests gradually moved away from the royal court in order to conduct their ritual services elsewhere. Thus, the practical knowledge in regard to ritual ceremonies soon became more accessible to the laity, who, then, adapted the rituals to local customs and traditions.

Hence, the keris is considered one of the most popular objects of Indonesian material art and culture. Moreover, the esoteric power imbued within the blade of a keris is believed to be able to change one's fate, and can turn one's luck around. This means, that the owner of powerful amulet of this kind, will go through a series of lucky events. The mystical properties of the sacred brass blade will bring about some of the most fortunate situations, thereby allowing him or her to experience windfall luck in both personal as well as professional areas in life.

Furthermore, the Islamic magical incantations embossed on the exterior surface of the sheath serve to attract money and riches, making this an highly effective amulet for those who like to speculate for quick profits (e.g. gamblers, betters, and other risk-takers). In addition, the sacred brass blade features the Seal of the Prophet Sulaymān (King Solomon). Sulaymān is widely praised for his mystical knowledge of the Unseen. With the seal Sulaymān reportedly commanded the jinn and other spirits. Similarly, the keris pocket amulet can be used to enhance one's spiritual practice so as to be able to communicate with spirits. The spiritual value of this amulet, therefore, is unsurpassed.