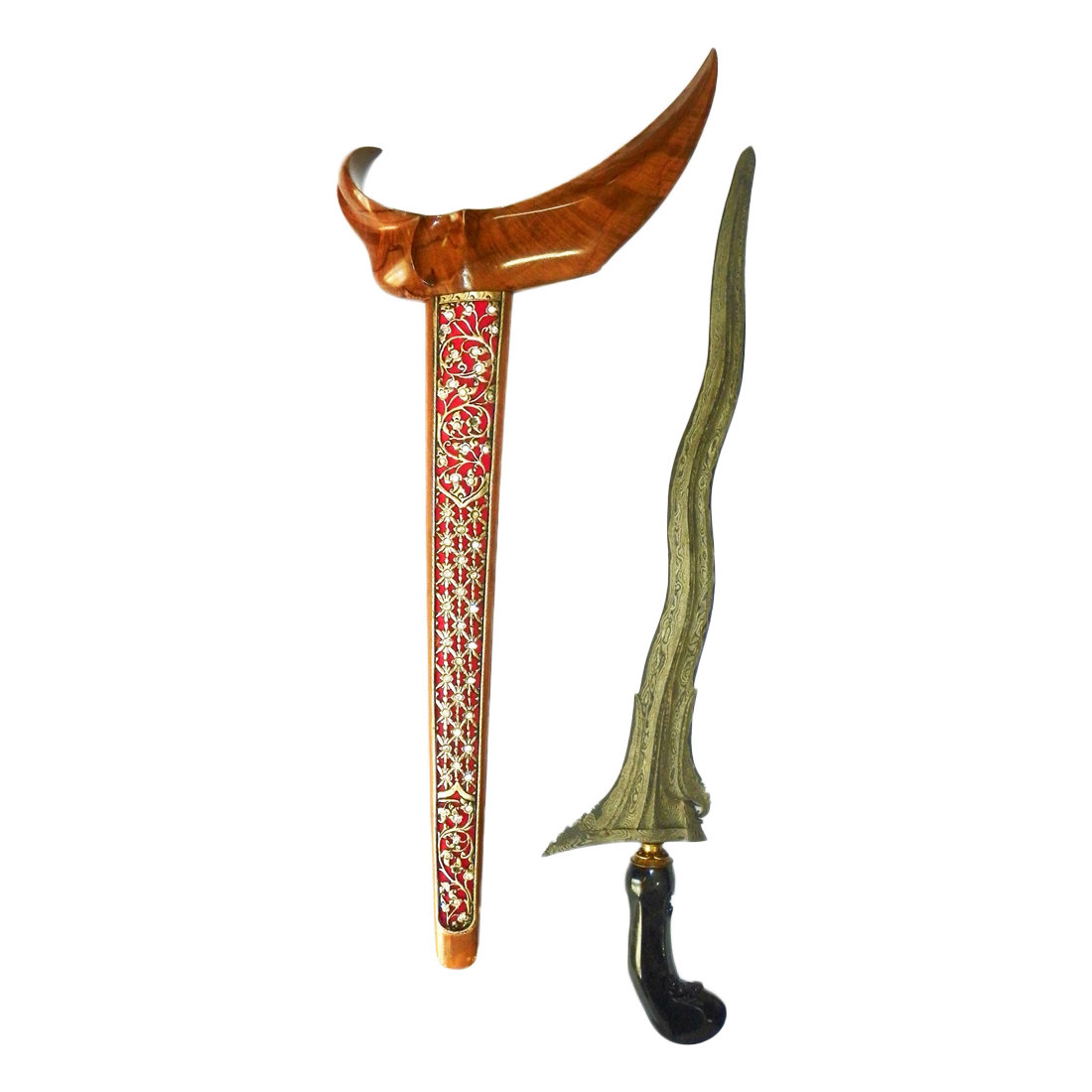 In ancient Javanese literature Hanoman is often mentioned as 'Pandawa Anoman', or simply 'Anoman'. In this context, however, Hanoman (Sanskrit: Hanuman) is a dapur featuring five luks. This type of dapur can be easily recognized by its tall sogokan.

Hanuman, the ‘White Monkey’, is the son of Kesari and Añjanā. When the apsarāḥ (‘celestial nymph’) Añjanā had been carrying a child in her womb for over thirty months, she finally gave birth to the child on a Tuesday in the year of Kala. The birth was highly unusual in the sense that the child emerged from mother’s mouth. In order to emerge, he used supernatural powers to float in the air, transforming himself into a four faced, eight armed monkey, complete with ear rings, diamond fur and crystal fangs. When he emerged from his mother’s body he was already fully grown with the body of a young boy of the age of sixteen. Hanuman yawned, and the moon and stars came out of his mouth. He then flew down and rose his hands to his forehead in respect to his parents.

Later, Hanuman’s spiritual father, Vāyu, took him to see his original father, Śiva. Śiva, then, taught him a mantra to make himself disappear with, and also gave him a blessing that; whenever Hanuman would be killed by his enemy, he would be instantly revived as soon as the wind blew on him.

Hanuman would later become one of the main characters in the story of Rāmāyaṇa in which he offered his service to his master, Lord Rāma, an avatar (incarnation) of Viṣṇu, and played an major role in the battle against the demon Rāvaṇa.