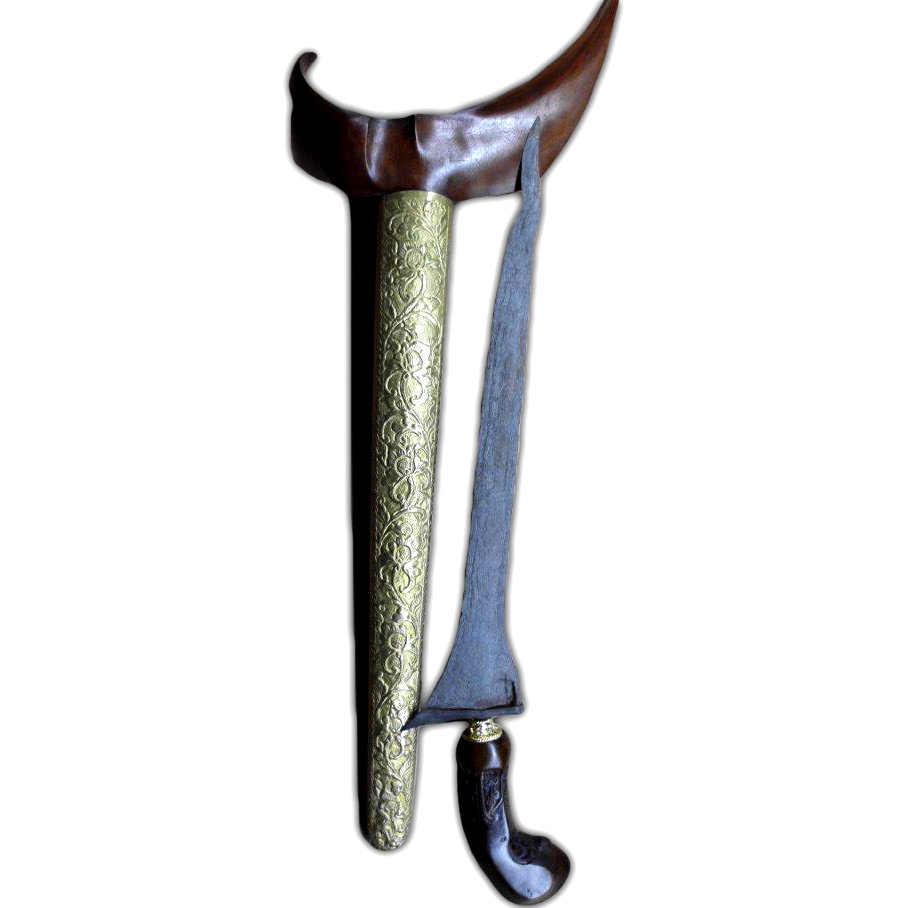 The dapur Damar Murub is often also called 'Urubing Dilah'. It is not often that one comes across a rare keris like this, for it is indeed seldom seen. This type of dapur is rather unique in the sense that it only features a single wave ('luk'), though there are also people who classify this dapur as a straight-bladed keris ('lurus'). The single wave of the blade represents a flame of fire. As to the ricikan, it features a plain gandik, and it has a pejetan, tikel alis and greneng. The length of the blade is 32.5 cm, and 39 cm in total (including the pesi).

Then there is also the beautiful warangka which is made in the characteristic style of Surakarta (Solo). The model of this Surakarta warangka is called 'ladrang'. A keris with a ladrang warangka is often used on formal occasions, such as a wedding or other important ceremonies. The formal purpose of this keris is emphasized by the characteristic Putri Kinurung hilt, for this is the type of hilt which most people prefer to have as an attribute of their formal costume.