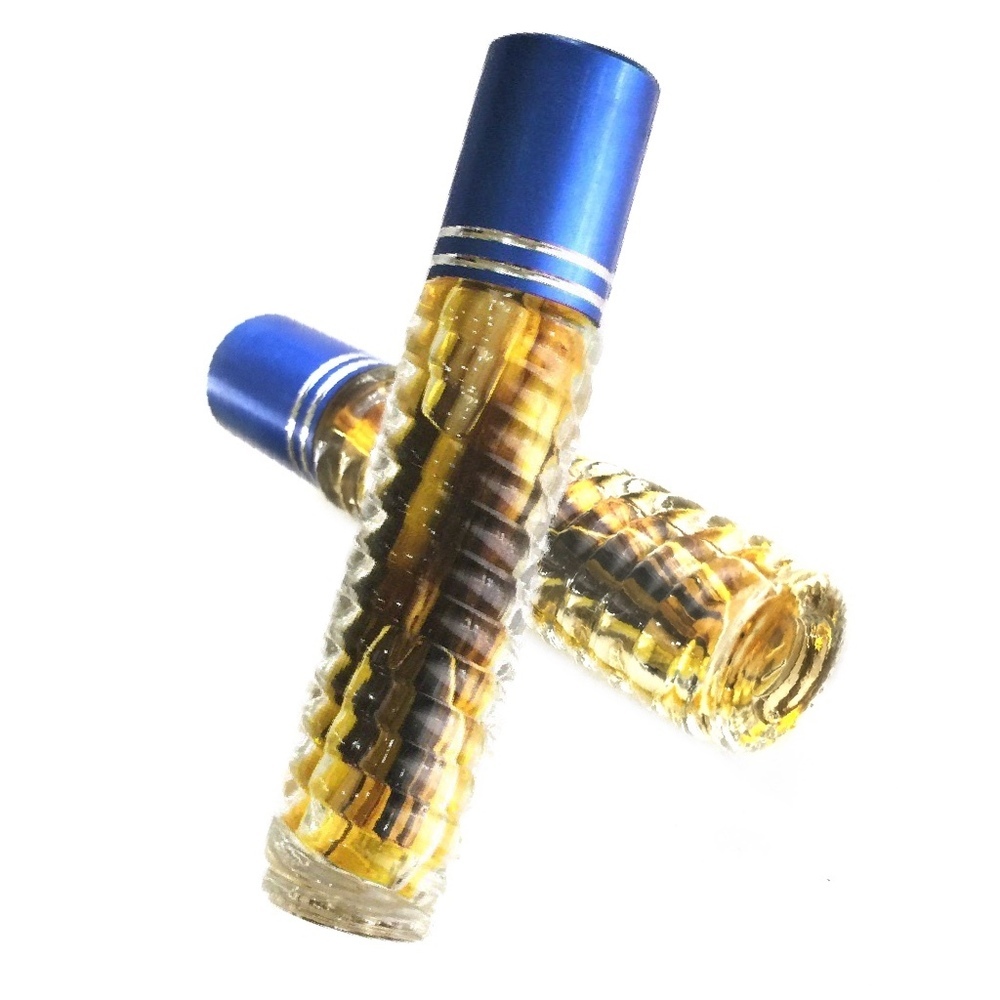 The indigenous tribes living in the rain forests of Kalimantan have a close relationship with nature and the wild animals in this environment. Amongst several other animals, the porcupine plays a central role in Indonesian shamanism. Its sharp quills are believed to possess supernatural powers, which make them ideal ingredients for traditional amulets and talismans.

The porcupine's quills serve as a natural protection shield in order to stay safe from harm when predators are near. But at the same time it can also be used to inflict physical damage on its enemies directly. However, some local medicine men and alternative healers utilize the quills as a traditional medicine to cure physical ailments, varying from ordinary influenza to chronic diseases related to rheumatism. Yet by submerging the quills in mystical oil, this particular animist charm has been turned into a powerful potion.

The potion owes its magical quality to the indigenous shamanic voodoo spells cast by the dukun during the rite of consecration. Thus, when the oil is anointed on the forehead or eyebrows, one will be able to enjoy the practical benefits this true occult talisman has to offer. Wearing this oil helps one instill fear in one's adversaries, thereby gaining their respect. This gives the wearer authority over them, so that people will submit to his or her wish and command.