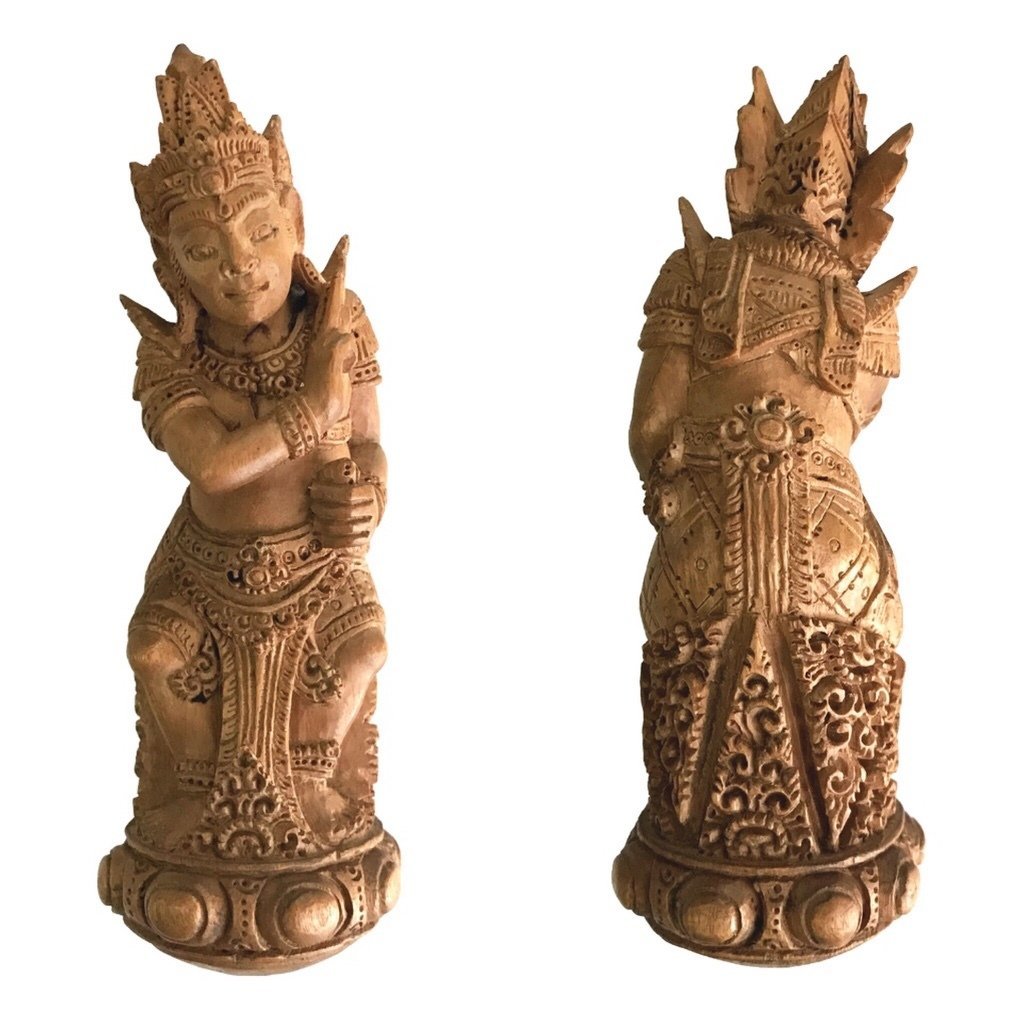 Sandalwood has been a popular element in Indonesian ritual magic since time immemorial. Its natural fragrance has a deeply enchanting effect, which uplifts the mind to altered states of awareness. Hence to this day one finds various religious objects (e.g., statues, masks) carved from sandalwood in village shrines, communal temples, and other places of worship in Bali. Balinese Hindus believe that the Santalum album tree is a holy tree, and its wood is therefore considered to be very sacred indeed.

The design of the figurine is based on traditional Balinese Hindu iconography, representing Lord Viṣṇu. His divine power is marked by the royal attire (e.g., crown, necklace, armbands, bracelets, angklets, garment) he wears. This Hindu deity is also known as the preserver, for he preserves all life in a just manner as he maintains peace in the universe. And so Viṣṇu is depicted here holding his right hand in a specific mudra that wards off evil. In his left hand the deity holds a ceremonial bell (Sanskrit: gaṇṭā) through which heavenly blessings are being summoned.

In order to safeguard the spiritual heritage of Bali, only the most senior priests are entitled to consecrate sandalwooden items. This means that the keris handle is given the proper blessing which yields great benefits for those who seek help from the god Viṣṇu. Prayers of supplication can be made to him by chanting his mantra (see below). When the sacred wooden image is used as a hilt for a keris, it becomes a powerful means to subdue evil powers. Similarly, when the statuette is given a special place on one's altar, then this allows the owner to cleanse his or her bad karma, as well as to attract love and romance.