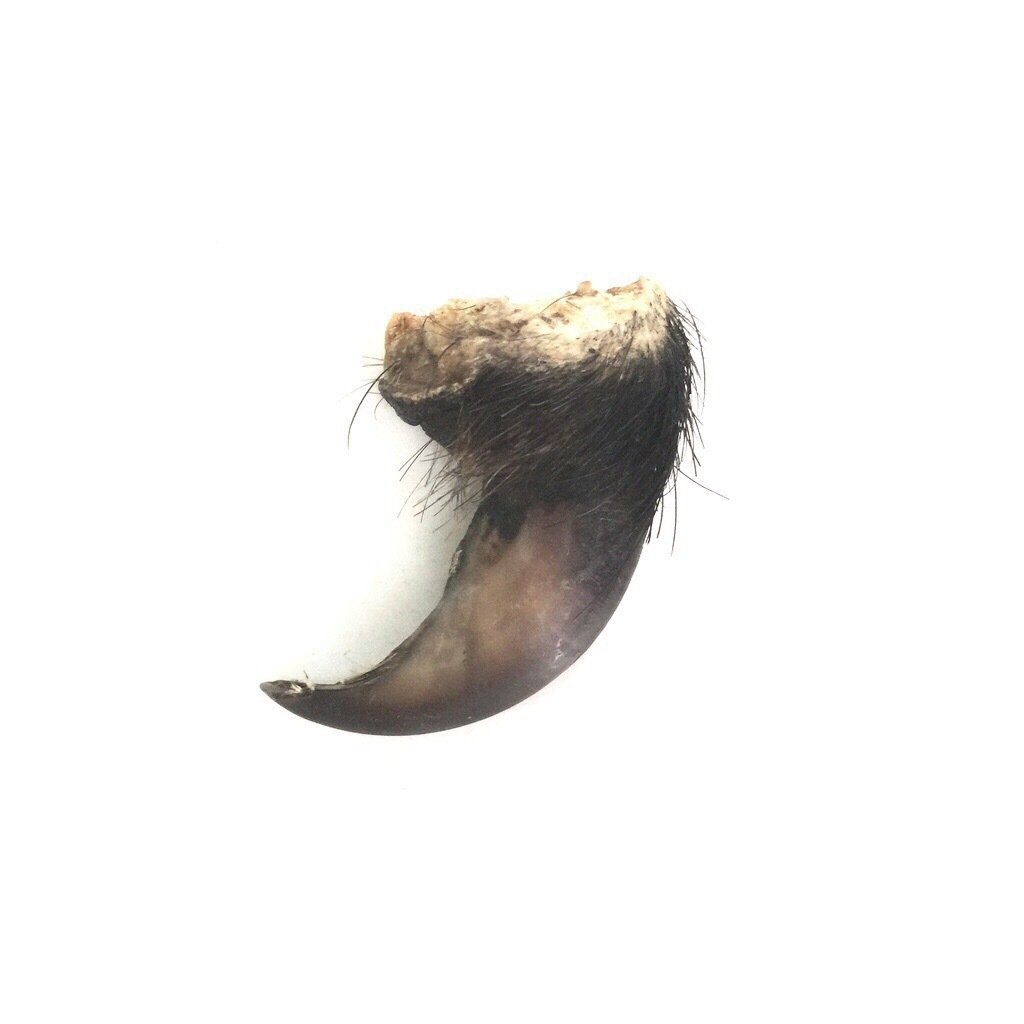 The indigenous Dayak tribes living in the dense forest of Kalimantan believe that the Malayan sun bear possesses mystical powers of protection. It is known as a dangerous animal that will seriously harm any person or animal which offends the bear by stepping foot on its territory. The bears claws are therefore a natural weapon of defense, highly effective to fend off attacks, and to strike in a counter-attack.

Indonesians generally ascribe great powers to the claws of this fear instilling animal. Bear claws are especially sought after by practitioners of traditional Indonesian martial arts (pencak silat), who wear the claw as an amulet for evasion of danger, and to practice invulnerability ('kanuragan') and invincibility ('kadigdayaan') against attacks of sharp objects.

Also, the ferocious claws of the Malayan sun bear are a powerful talisman for the kind of person who demands respect and authority, i.e. a social or political leader, a military official, etc. Hence, this genuine Malayan sun bear claw is a rare and exclusive item of both mystical and practical value.