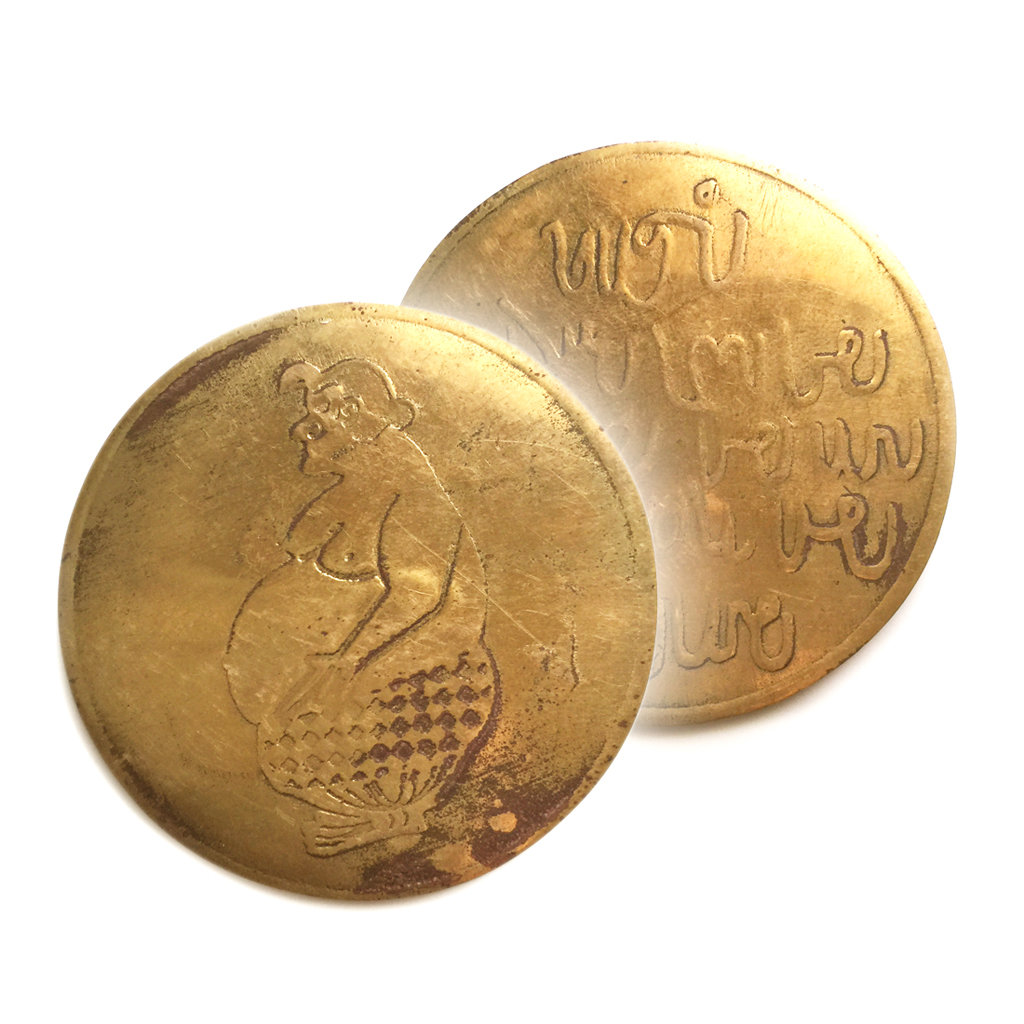 In traditional Indonesian mythology, Semar is a dhanyang deity (i.e. a guardian spirit) who rules over the island of Java and protects its inhabitants. The Javanese have worshipped this powerful spirit since pre-Hindu, -Buddhist and -Islamic times. Indeed, Semar is considered one of the most sacred figures in the Javanese pantheon of animist deities, as well as being venerated as a mystical teacher or guru of the traditional Javanese belief system (Kejawen) and mysticism (Kebatinan). Thus, practitioners of Indonesian magic and occult perform various acts of ritual worship (e.g. ritual offerings, prayers) to beseech the guardian spirit of Java (i.e., Semar) for blessings.

The sacred brass plaque (4.8 cm in diameter; 0.3 cm thick) features the holy image of Semar on the front, while the rear face of the amulet has Javanese magic spells embossed in the ancient Aksara Jawa script (Hanacaraka). It can be worn as a coin in one's wallet or purse, or as a medal in one's pocket. However, it is also possible to place the amulet on one's home altar or shrine, or even in a drawer of one's desk at the office.

Depending on one's personal preferences, the dhanyang deity amulet can enrich the owner's life in various ways; the magical quality of the spells have the power to improve one's fate and fortune, while the divine characteristics of Semar – imbued within the embossed image on the front face – endow the owner with the virtue of charismatic leadership and merciful authority. Hence, the brazen coin can help the owner enhance his or her business by attracting wealth and riches, as well as establishing one's position by means of credibility, respect and charisma.