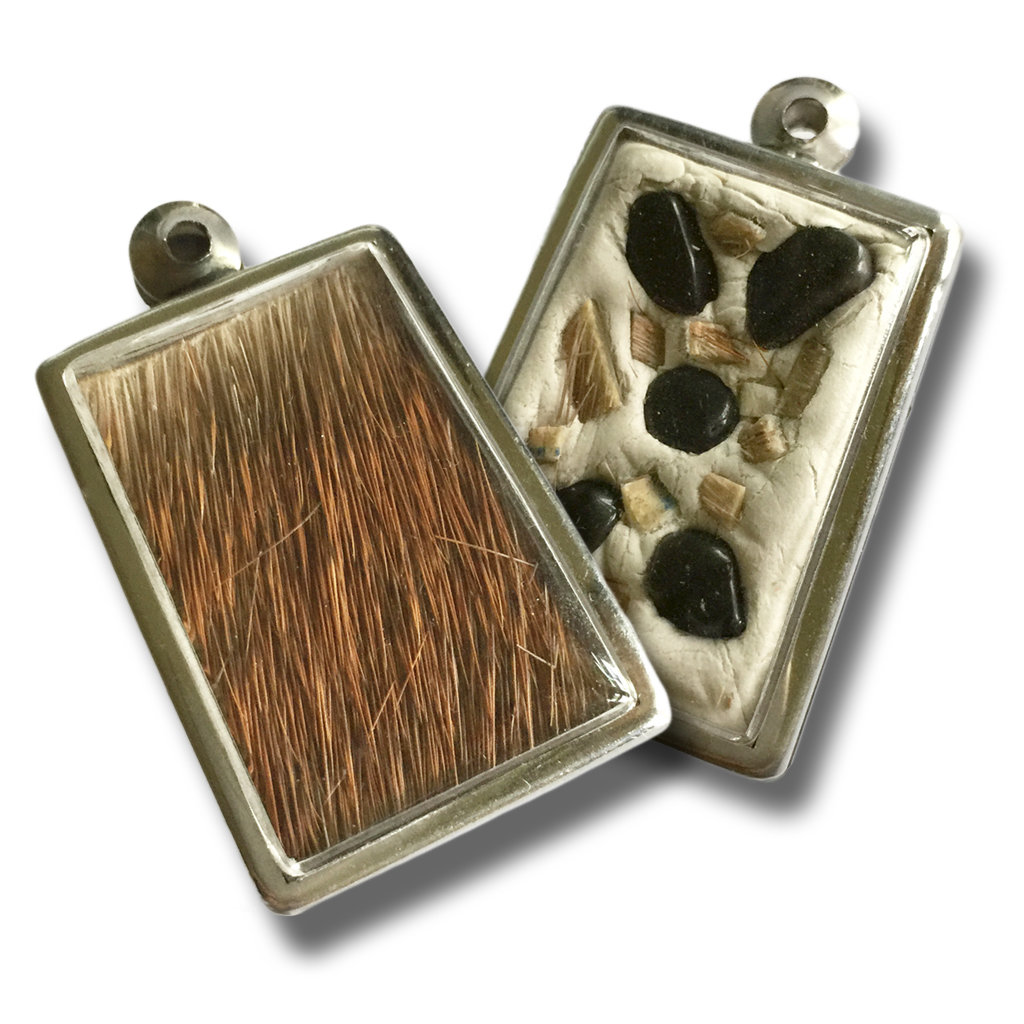 High-quality charms of Indonesian mystical tradition are generally known for the rare and exclusive materials they contain. Among others, genuine Javan deerskin is considered one of the finest elements in sacred objects, including amulets and talismans. Javan rusa deers are rarely seen in the open, for they like to dwell in the dense forest areas. Moreover, owing to the color of their skin, these deers extremely well camouflaged, which makes it even harder to spot them.

Thus, it is said, that, amulets containing the skin of this animal will help ensure the wearer's safety and well-being in times of danger. Also, since Javanese deers are social animals that interact highly with other animals of their own species, it is believed that wearing even a tiny piece of its skin in the form of a talisman can improve one's social life significantly. This means that the amulet endows the owner with charm and charisma, thereby offering a splendid opportunity for a close personal relationship and friendship with others.

In addition, the back side of the deerskin – composed of a mixture of sacred powders – has been inlaid with five rough obsidian gemstones. The black gems are a natural volcanic glass, formed by quickly cooled lava flows. These mystical stones were obtained from the slopes of Tangkuban Perahu, a stratovolcano near the city of Bandung in West Java, Indonesia. Since ancient times obsidian is associated with several magical powers, such as protection against negativity and hostility. Hence, the locket can also be used to disperse evil energies in one's environment.