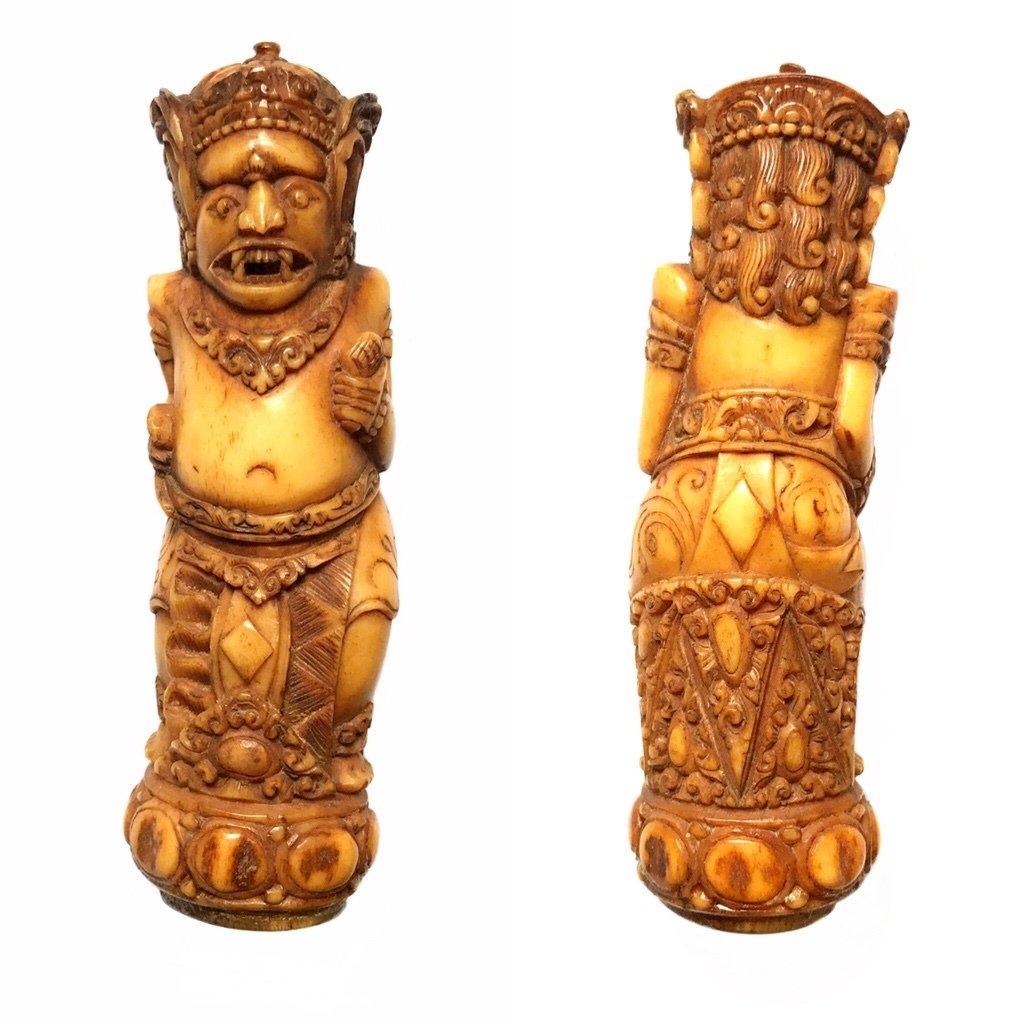 Although Bali generally is referred to as 'the island of the gods', there are also parts of the island which are believed to be inhabited by spirits of the netherworld. The predominantly Hindu population of Bali resides in the human realm, located between the celestial realm of the gods (Sanskrit: deva) above and the hell realm of the demons (Sanskrit: bhūta) below. In order for man to live in harmony with the cosmic order (Sanskrit: dharma) of the universe, it is essential that he pursues a life of virtue by means of worshipping the gods appropriately, as well as paying respect to the demons.

Indeed, according to the ancient Hindu belief system of the Balinese, these so-called bhūtas are not just evil beings that need to be feared. In fact, when people do not neglect them (i.e., do not forget to prepare offerings for them), then the demons will even use their spiritual powers to protect humans who find themselves in a situation of distress. Thus, if one fails to pay attention to the bhūta's needs then one indirectly feeds his malevolent side rather than nourishing his benevolent side.

The mysterious figure is carved from bone, which occultists consider to be a sacred material due to the magical quality that is inherently present in it. Although it originally represents a hilt (Balinese: danganan) of a keris (ritual dagger), the effigy can also be used separately, namely as an amulet for worshipping purposes. Owing to the ritual empowerment of this amulet by a temple priest (Balinese: pemangku) the owner can effectively evoke the bhūta by using the mantra below, after which one can ask the spirit for help with fulfillment of specific needs, like repelling black magic, avoiding danger, beating one's competitors in business, and changing one's fate by attracting luck and fortune.

Mantra for offering Pūjā to the Bhūta

(I always pay homage to all the bhūtas who may have a liking for offerings).