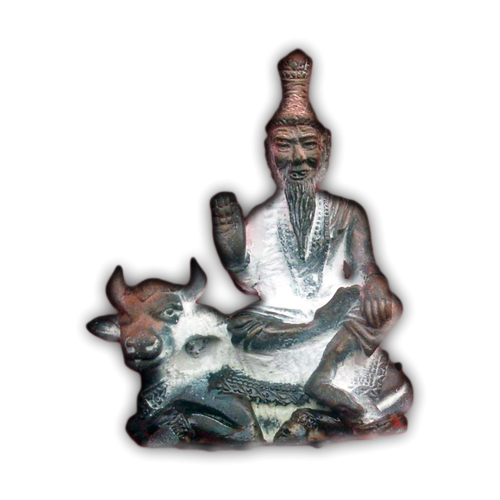 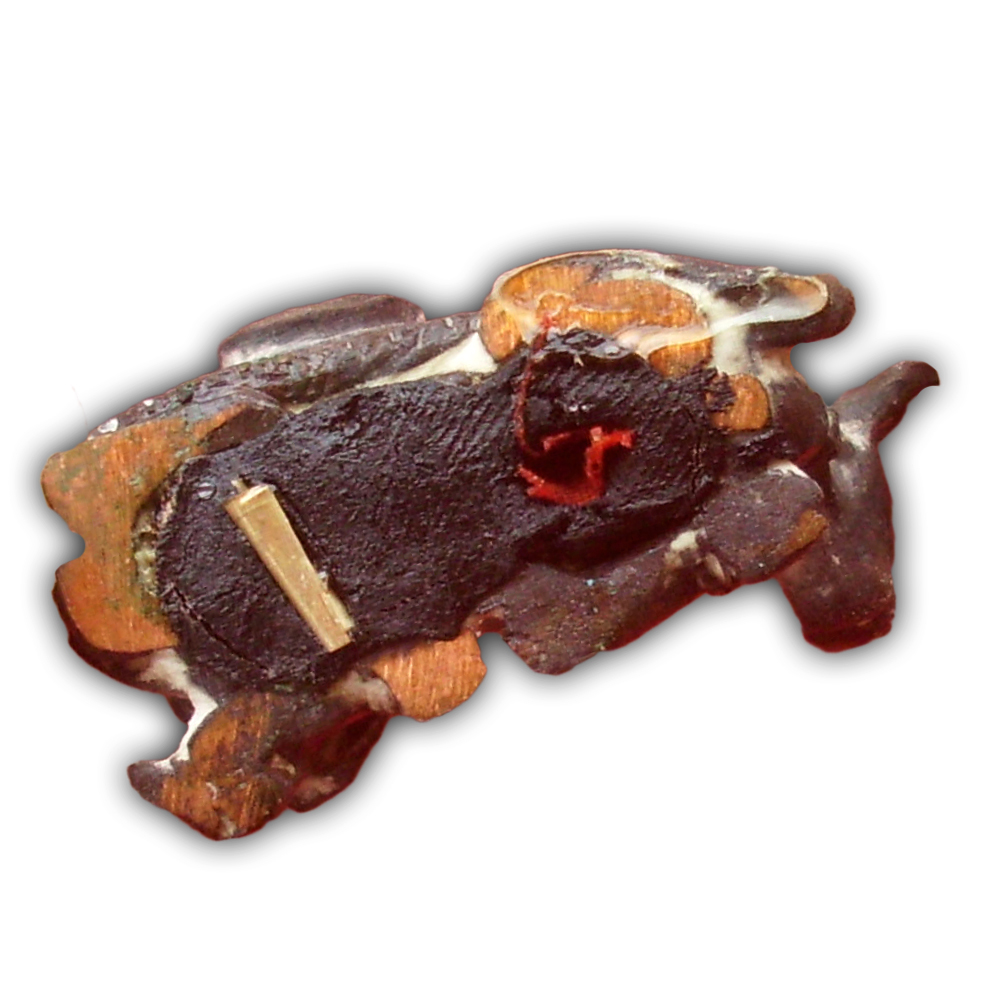 Luang Por Nong was born in B.E. 2464 in Lopburi. When he was twelve years old LP Nong would become a novice at Wat Nong Poh and became a disciple of Luang Por Derm. LP Derm taught many Wicha to LP Nong, such as the traditional methods of making and empowering sak yant, mit mor, and other amulets. 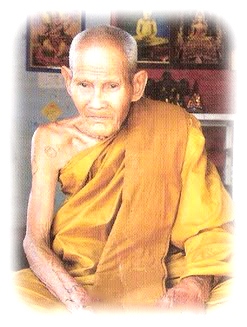 LP Nong would continue his studies as taught by LP Derm for another seven years before he had finally mastered his teacher’s teachings. By that time LP Nong wanted to leave Wat Nong Poh in order to practice tudong (forest wandering). Thus he decided to go back to Lopburi again where he then also could pay a visit to his family which he hadn’t seen for the past seven years.

Whilst travelling on tudong in Lopburi LP Nong met Luang Por Gob of Wat Kow Salika. LP Gob taught LP Nong how to practice kasina meditation. Then LP Nong was called to serve the army for two years. When he had completed his duties in the army he would ordain at the age of twenty-three; Luang Por Opasi would be his upacaya. Following his ordination LP Nong would stay in Bangkok for four years. During these four years he learned many Wicha from LP Opasi. 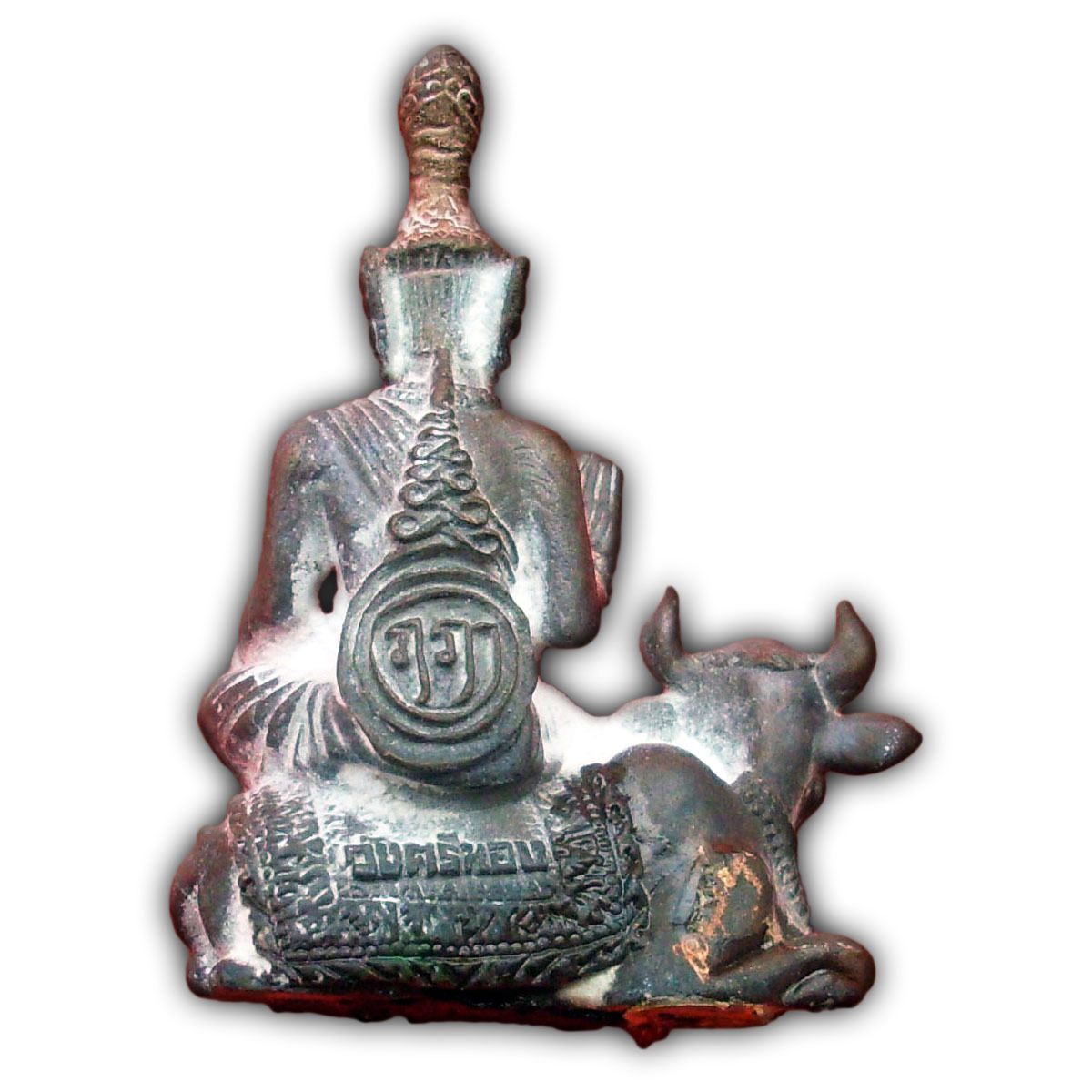 Traditionally, the rêsi are seers who live in secluded places outside of society. They engage themselves in mystical forms of practice (such as the making magic potions and all sorts of healing medicines) which derive from the Indian Hindu type of individual ascetic, also known (in Sanskrit) as ṛṣi or yogi. As such, the brahmin rêsis stand in stark contrast with the Buddhist bhikṣus, who live in a monastic community and abide the monastic code of discipline (Sanskrit: vinaya).

In Indonesia, the earliest sources mentioning the rêsis date from 6th and 7th century legends and myths in chronics (Javanese: kitab kunå). The historiography of the rêsis can, therefore, be placed somewhere around the early stages of the Hindu-Buddhist period (6th century - 14th century) in the Indonesian archipelago.

Just like the ṛṣi in ancient India did not belong to any particular established form of religion, so too were the rêsi in Indonesia not incorporated into a specific religion, but rather did they become important characters in the teachings of Kejawen, or Javanese mysticism. The Kejawen teachings tell about the rêsis amd their attainments of supernatural powers (Sanskrit: abhijñā, siddhi; Javanese: sidi). These supernatural powers include several kinds of magical powers, such as:

- levitation, bilocation, walking on water and through walls (Pāḷi: iddhividhā);

- being able to hear conversations of humans, gods, and animals from a far distance (Pāḷi: dibbasota);

- remembering past lives and forms of existence (Pāḷi: pubbenivāsānussati).

Rêsis in Indonesia are not always referred to as such, but rather will people call them reverend masters, or 'bathara' (Javanese: 'batårå'; Sanskrit: 'bhaṭṭāra'), like for example Bathara Narada (Sanskrit: Ṛṣi Nārada) and Kyai (Rêsi) Bagaspati (kyai means 'honorable' in Javanese).