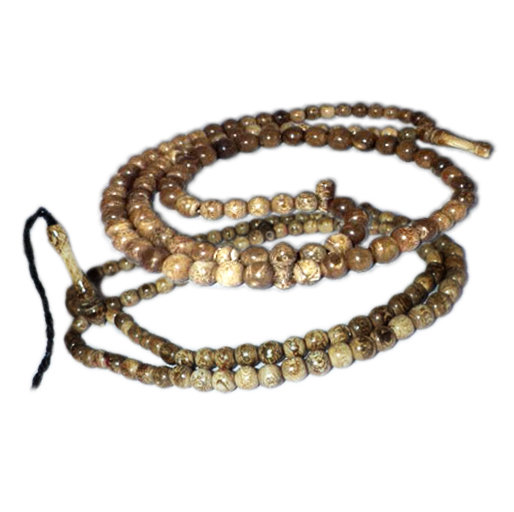 In the Indonesian archipelago, large parts of the ocean's surface are covered with coral reefs. Natural coral is called 'akar bahar' in Indonesian. Akar literally means 'root', whereas bahar is Arabic for 'sea'. Hence, akar bahar refers to coral root which grows on the ocean's surface. Indonesian coral exists in four different colors, namely: black, gray, white, and red. The black colored coral (Lat. Antipathes sp) is by far the most common type of coral, after which comes the gray colored variant. The red colored variant is quite rare, yet white coral, however, is extremely rare indeed. 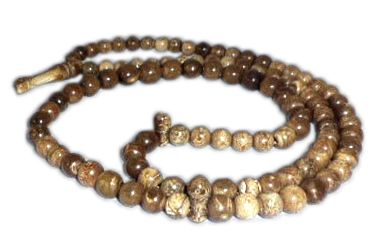 After the white coral root is cut, it is dried in sun light, and then immersed in a sacred mixture of essential oils extracted from natural healing plants and herbs. The coral root is submerged in the oil from dusk till dawn so that it can absorb the healing properties of the sacred ingredients. The next morning the coral root is taken out from the mystical oil, after which it is gradually heated using a hot fire flame to cut it into separate pieces from which the beads will be carved. The manual heating process requires a lot of patience and great precision. If the coral, for example, is merely rinsed in oil, it becomes easily overheated when trying to bend the root. As a result the precious material will break and fall apart. 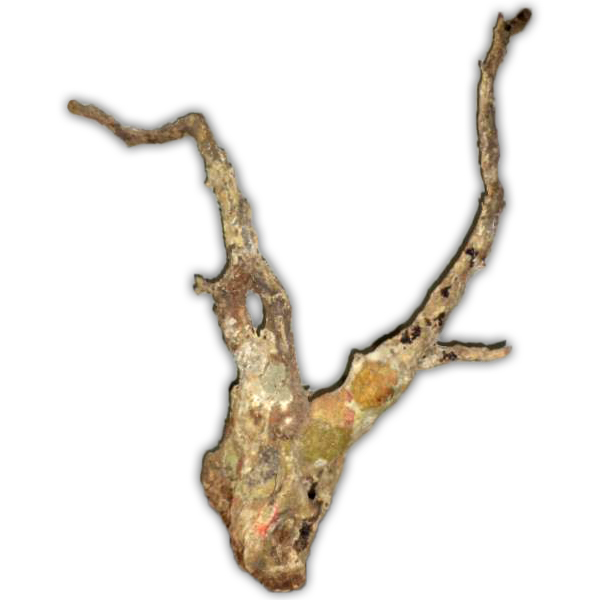 The traditional method to obtain coral involves intensive spiritual practice and ritual worship. As to the ancient techniques to process this extraordinary material art object, it can be considered a true craftsmanship, which, unfortunately, due to the influence of modernization now slowly seems to diminish.

Since time immemorial coral root items are worn by many indigenous peoples of Indonesia. In addition, coral root has been used by dukuns and mystics for many generations up until this very day. It is therefore perhaps not surprising that Indonesians attribute several mystical powers and healing properties to the akar bahar. Since its structure is rich in radium and calcium, coral thus forms an efficacious antidote against toxins of venomous fish and deadly poisonous crabs, as well as a jellyfish's sting. Also, coral is worn around the wrist as a bracelet to treat rheumatism and arthritis. Due to the fact that coral can be both gonochoristic (unisexual) and hermaphroditic (bisexual), akar bahar thus is suitable for either gender.